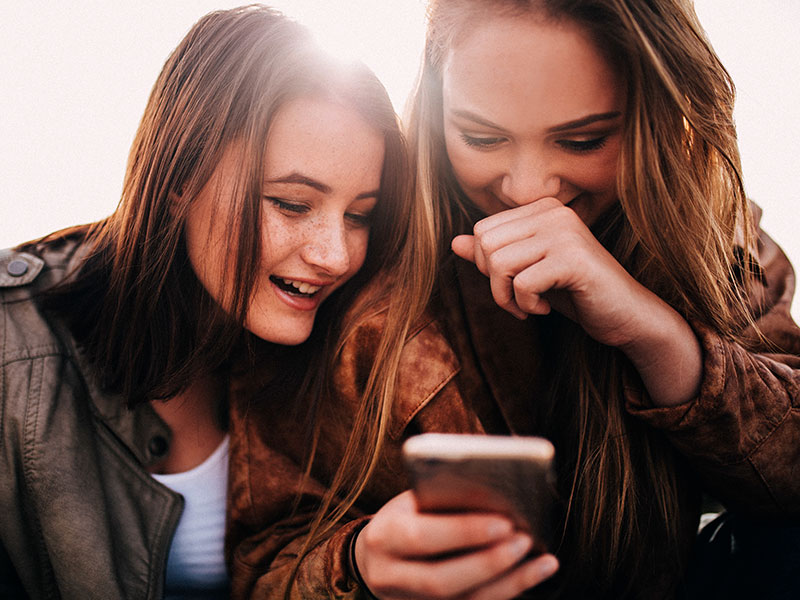 There’s no denying it, with more than 50 million users, Tinder isn’t only one of the most popular dating apps today, it’s become a cultural phenomenon, and “swiping right” has suddenly become a phrase even your grandmother uses. But, with a user base that large, it’s pretty hard to navigate your options. If the idea of dodging all the ghosters, the flings, the power-swipers, and the weirdos gives you even the slightest whisper of anxiety, fear not. You have options! Here’s a list of Tinder alternatives that are like Tinder but with their own special twist.

Overwhelmed by choices? Try Coffee Meets Bagel
When it comes to Tinder, you can only evaluate so many dudes standing majestically on a rock before you start to give up and wonder if your cat might actually be the only one for you.

Coffee Meets Bagel is great for women who want to narrow the pool. Men are only given up to 21 matches a day. The women they like are then given the option to open communication or not. The benefit? Quality over quantity. Men can’t spend an hour speed swiping, and women know that the matches they’re served are men who are already decidedly interested in connecting. No more dude-on-rock overload, and the anxiety of wondering if you picked a rock dweller that’s actually into you is long gone.

Want something more serious but still fun? Check out Zoosk
So Tinder is a good time but sometimes it’s too good a time, if you know what I mean. If you’re sick of people who are just swiping for the attention and are looking to, you know, actually date it can get a little wearisome.

Zoosk is a good app for people who are interested in something a little more serious but aren’t quite ready for the Match.com’s and eHarmony’s of the world. The site gives you a way to match with people quickly like Tinder, but you can also search using advanced filters (like education level, kids, and religion) if you want, and there’s a SmartPick feature that sends you super curated matches based on your preferences. It’s not as simple as Tinder since there are more ways to connect, but sometimes that’s what you want.

Music snob? Give Tastebuds a try.
If music is a dominant part of your life, and especially if you’re picky, there’s a pretty good chance you’ve been on a first date and had to hide your disgust at your date’s musical tastes. Taste in music can be a pretty polarizing topic, and as much of a let down it can be when your date lists a bunch of musical misses, there is nothing more exciting (and relieving) as finding someone who loves all the same music you do.

Tastebuds matches you based on your musical preferences. The benefit? Instant common ground, and a pretty socially dynamic one, at that. Everyone you’re served would be totally down to hit that live show you’re dying to see, probably has great new music suggestions, and wouldn’t dare touch the radio in the middle of your jam. If music is a major hobby of yours, this app will help you find some one totally in sync. (Or N*Sync, if that’s what you’re into.)

Like Snapchat and Instagram stories? You’ll love Lively.
Writing a dating profile is agonizing, because you’ve only got so much time and space to sell yourself. How on earth can someone fall in love with all the enigmatic and enchanting facets of your shimmering personality with not but a Marilyn Monroe quote?! Not to mention 80% of men on Tinder offer up their height and little else, and even that’s not a sure bet.

Lively lets you curate a selection of not just photos, but videos too, and you can upload them from anywhere. It’s been called the Snapchat of dating apps and it’s easy to see why. Other people get real slice of your life—far more dynamic than trying to entice a potential sweetheart with a few sparse facts and your most-liked Instagram selfie. Woo them with your best celebrity impression, or that time you won flip cup, or let them fall in love with your beautiful laugh, and scope their story too!

Prefer when the lady takes the lead? Bumble, baby.
Matches don’t mean much if no one initiates a conversation. Sometimes dead matches happen when you’ve over-Tindered and you’ve got too much happening, but sometimes, it’s a simple game of chicken, and no one budges.

Bumble not only takes the guessing game out of the equation, but it puts the outreach responsibility exclusively on the women. As a female, it’s nice not to have to cringe at bad opening lines and decide if they’re worth a free pass, and for a guy, the pressure of getting it right and the fear of striking out is a non-issue. Don’t worry about being left pining either, dudes. If a girl doesn’t reach out within 24 hours, the match expires. If you’re a female and you like the idea of having a little more control over the situation, Bumble is not a bad bet.

Sick of playing games? Hinge is for you.
Tinder has become notorious for the gamification trend in the dating scene, and for a time, even displayed the words “keep playing!” after hitting a match. If you’re looking for a real, meaningful relationship, it can be really hard to find likeminded individuals on an app that works more like booty call roulette.

If you’re done playing around, consider Hinge. The app originated as a simple dating app that only served up friends of friends via Facebook connections. You were only served a small number of profiles a day, all of which you could vet with your mutual friends. Since then, Hinge has pivoted to become even more legit, denouncing “dating” apps, and referring to themselves as a relationship app, encouraging conversation and eliminating swiping. They’ve even instituted a $7/mo subscription fee to discourage mindless swipers.