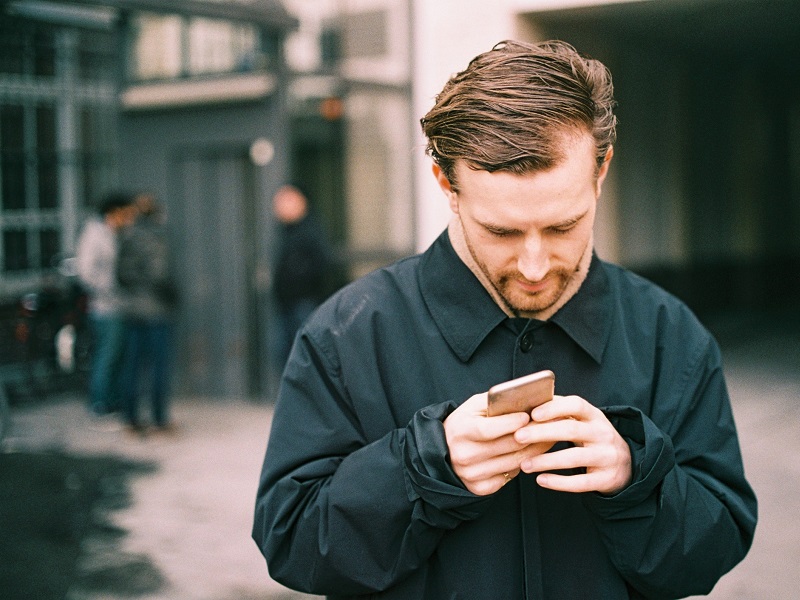 Tinder is so popular that it’s easy to start flirting with someone then move onto the next as soon as the boredom (or anything else) creeps in. Options are great, but being an option, especially one of thousands, can be incredibly frustrating. So how do you talk to a girl on Tinder, keep their interest, and avoid becoming the face of just another stranger?

According to Rachel Perlstein, certified professional dating coach and co-founder of A Good First Date, there are three major reasons behind why women easily lose interest on Tinder: exchanging too many texts back and forth, coming off “creepy,” commenting only on physical appearance from the get go, and being too generic.

“Out of these three factors, the complaint we hear most often is frustration about becoming a ‘penpal,’” Perlstein says. “There’s nothing more confusing to a woman than messaging and messaging without asking her out. Since you can only assess compatibility up to a certain level via messaging, many women are left with a WTF feeling when they’ve been engaging with a seemingly cool guy and he doesn’t take the next step to meet in person. This goes both ways.”

The goal of using Tinder, or any dating app for that matter, is to get offline and meet new people. If you’re having a hard time talking to a girl and keeping her interest long enough to meet in person, here are some things you should do.

Make An Effort to Connect and Be Creative
The first impression is everything. In order to keep a girl’s interest, you have to get it first. According to Perlstein, most people start with a basic opening line like “Hey, what’s up?” or a generic pick-up line they use for everyone. Women know when you’re using the same canned line.

The best opener you can give is a personalized one. “Make it clear to the woman that you looked at her profile and are reaching out for a specific reason about her (outside you finding her hot),” Perlstein says. “Doing this gives an opportunity for you two to connect on something and have a meaningful exchange.”

Let Your Curiosity Show
Nothing feels better than having someone you’re attracted to being genuinely interested in getting to know you. If you want to keep a girl’s interest, be curious about her. Ask questions. If you’re trying to assess for chemistry, Perlstein suggests staying away from questions around work, politics, or money. “There are some guys who have a set of questions they ask every person, and this can be a huge turn off as it’s very transparent,” she says. If she made an effort to write something on her profile and pick out a few photos, you should have more than enough to go off.

Keep it brief
“Don’t construct a novel,” Perlstein says. “No one wants to read someone’s life story before you even meet. Try not to dominate the conversation by highlighting all your strong points. Ask questions and then be an engaged listener, by asking a couple follow up questions.”

Remember, it’s just Tinder. The goal is to see if there’s enough initial interest to meet in person. When anyone sees a block of text, it can become a total chore to read. So keep your messages short, sweet, and to the point. You want to aim for a playful back and forth.

Have a sense of humor
You don’t have to be a comedian to keep a girl’s interest and you don’t even need to be funny. But you should have a good sense of humor. When you can laugh, make a joke, and keep the conversation lighthearted, it gives the impression that you’ll be fun to be around.

Ask her out
The easiest way to lose someone’s interest is becoming their “pen pal.” So the key here is to message back and forth a few times, and then ask her out.

“In full transparency, it’s impossible to assess for compatibility until you meet in person and one of the biggest complaints we hear from women is that they message back and forth with someone and nothing happens,” Perlstein says. “Don’t be that guy.” If you’re texting back and forth and it’s going pretty well, make your move.

In all honesty, keeping a girl’s interest on Tinder isn’t that hard. There’s really no need to overthink it. If you’re engaging and show genuine interest through your questions, you’re sure to keep her interest long enough to ask her out. Kristine is a Los Angeles-based writer who specializes in topics related to sex, dating, health, and wellness. Her work can be seen on Bustle, HelloGiggles, AwesomenessTV, and Brit.Co, among others.