Advice for Your Office Romance from Someone Who’s Been There 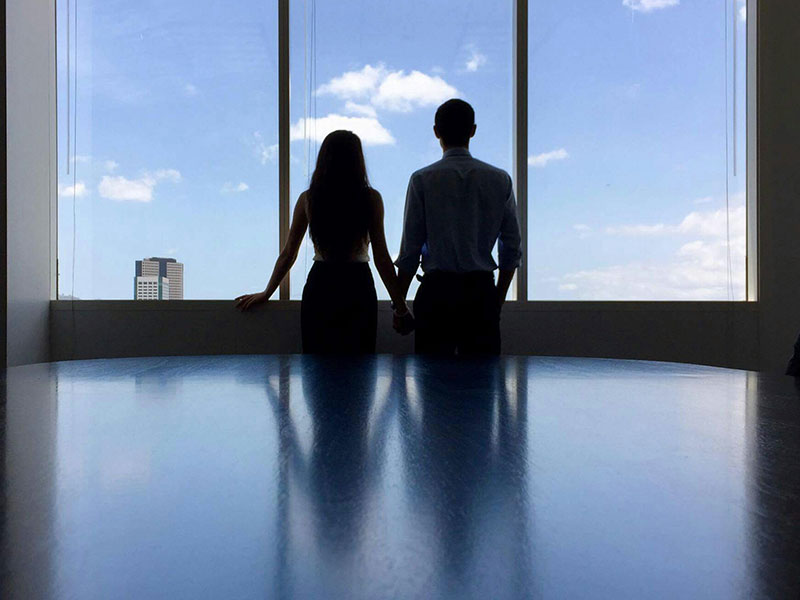 There’s a lot of advice out there about office romance—a lot. But I find that most of it’s too generic, almost like it was written by someone who’s never actually been in an office relationship before. The truth is, office relationships involve a lot of different factors. They can range from the short-term (think: one night) to the serious long-term (think: marriage). And offices—both the rule-makers and the people who work in them—can react in different ways. Every situation is unique, and should be treated as such.

So, how can I give good advice about office relationships when no two stories are alike? I can’t. After all, a hookup at the holiday party with a girl in your department is drastically different than moving in with a beau who works three floors down. But I can outline the honest pros and cons that come with the territory, and let you weigh the options against your own personal situation. I like to think I’m an expert on the topic: I’ve casually delved into the office romance realm a few times, to varying degrees of severity, and I met my current boyfriend at work. We’re in a wonderful, loving, and serious relationship that wouldn’t be possible without long hours spent on the same projects.

Maybe there’s someone that’s sparked your interest, but you’re of unsure how to move forward. Maybe you’re already navigating the office romance waters, but you’re taking the secret to the grave (or until one of you quits, whichever happens first). Whatever your situation, I’m here to outline the general pros and cons of the messy, confusing thing that is dating your coworkers.

Here’s what you should be prepared for…

It’s Going to Happen Eventually
The first thing to remember is that being attracted to your coworkers is only natural. You spend upwards of eight hours a day with them, five days a week. That’s at least 40 hours of your waking life together, and that doesn’t include working early, late, or on weekends. You get to know them intimately; they see you at your worst and at your best. And, you share common interests: after all, you work for the same company. So if you find yourself tempted, don’t be too hard on yourself, and consider indulging—it’s a natural instinct to be attracted to someone you spend that much time with.

It’s Not Going to Be Easy
The second thing to remember is this is not your average fling/date/relationship. If you’re going to go for it, I suggest you communicate early and often—perhaps earlier and more often than you would at the start of a more traditional courtship. Playing hard to get will get you nowhere in the world of office relationships. It’s almost impossible to “wait three days” or “play it cool” with somebody you just sat through a two-hour meeting with, so I suggest you opt for transparency.

You’re Going to See A Lot of Each Other
One of the best things about office romance is being around your special someone all the time. Seeing your special person makes your heart flutter, and makes you grin from ear to ear with happiness. But your heart doesn’t differentiate between home and dates and work. When you bump into him at the printer or pass her in the hall on the way to the bathroom, you get a small burst of excitement that makes your day a little better. It’s like coming home to your beloved after a long day, but all day long. And in those moments, you really dig working together.

But! This pro can also be a con. Sometimes, you just need a minute away, which is hard to find if you live and work and commute together. Be prepared to be around each other at your highest highs and your lowest lows, including arguments and rough patches.

You’re Going to Be Talked About
Another con is that inevitably, other people will try to make it weird for you. It might be in a meeting or in the break room or in the elevator, but when this happens, all you can really do is keep acting professionally. As long as you treat each other as coworkers during the day and you aren’t violating company rules, if somebody has a problem with it, well, that’s on them. I’m not saying you have to pretend the other person doesn’t exist, just try to go easy on the hand-holding and the butterfly kisses.

You’re Going to Have to Leave the Drama at Home
There’s a common piece of marital advice that I like to employ for office romances, too: Don’t go to bed angry. Or in this case, don’t go to work angry. If you do, you run the risk of bringing your relationship problems to the workplace. The last thing you want is for coworkers to feel uncomfortable because of your relationship.

Here’s an example: Have you ever gotten into a heated argument with your significant other on your way to (or outside of, even) a dinner party? Chances are you both swallowed the disagreement for the sake of time and ignored the problem—and each other—until you left and could talk things out at home. Why? Because you didn’t want your relationship to affect the other people at the party. Similarly, if you go to work with an unresolved argument looming overhead, you can’t escape the problem. You’ll probably have to see your significant other, and might even have to work directly with him or her. If you’re in the middle of a personal tiff, you’ll be more likely to take that anger, frustration, or sadness out over something work-related—which isn’t fair to your partner, or to your coworkers.

You’re Going to Need to Work with HR
Of course, there is one caveat: Don’t take my advice over company policy. Some HR departments have very strict rules about inter-office relationships, and you definitely shouldn’t listen to me over your employee handbook. Some offices are okay, as long as you disclose your relationship, which is another path to consider. I’m fortunate to work in a place where dating your coworkers is fair game. In fact, I’m just one of a handful of office couples. And because of the ability to date freely, I think those of us in office romances respect the right and don’t flaunt our relationships. Once you’ve made sure the people who need to know, know, the rest of the disclosure is up to you.

Ultimately, I think an office romance is a good thing if both partners can be professional about it. Work is the perfect place to meet someone, because you already know a lot about them and share similar interests. Should you find yourself going down that road, just remember to communicate with one another and you should be okay. 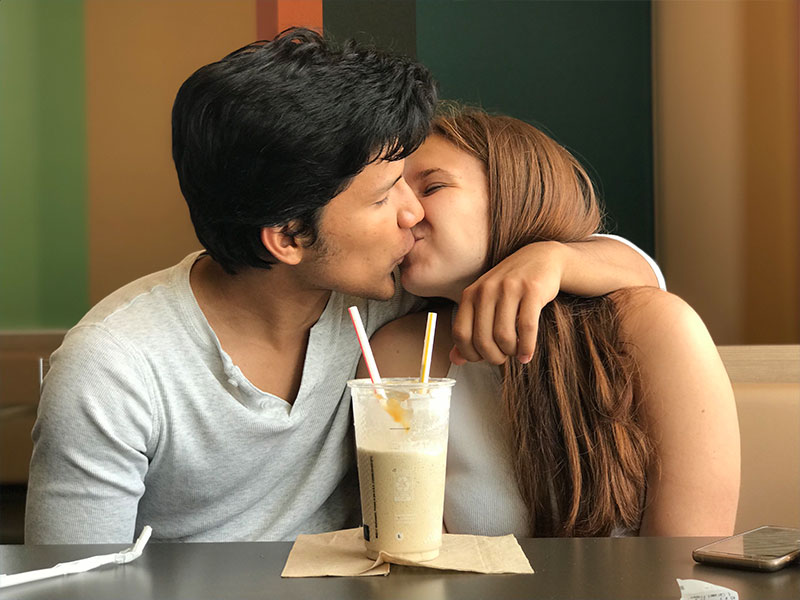