7 Things Women Do When You’re Coming On Too Strong 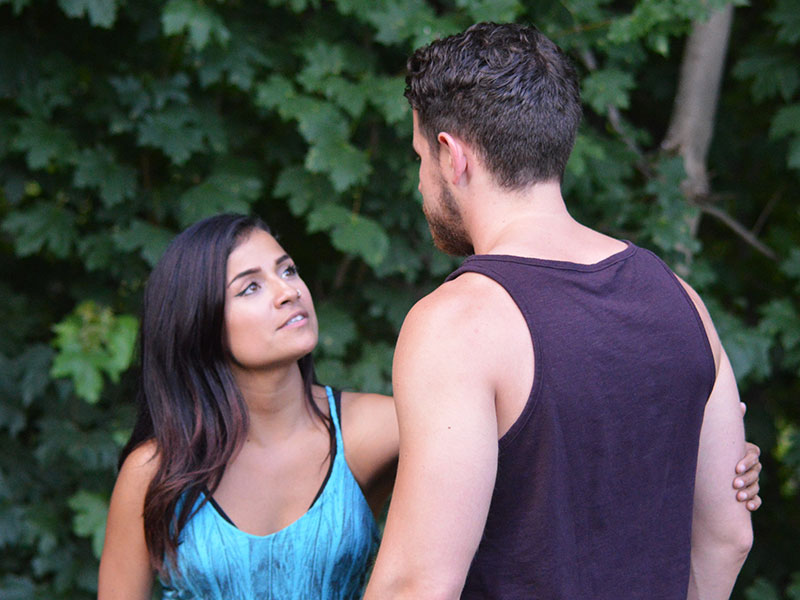 Many of us have heard the term, “coming on too” strong but it’s hard to identify what it actually looks like when you’re out there trying to meet someone. For me, coming on too strong means that the way you’re acting, either through your words, texting, constant contact, eagerness to make plans, or quickness to commit, is out of sync with the way the woman you’re trying to date is acting.

Basically, it’s when what you’re doing isn’t in line with what she wants from you. Because of that, even if you have the best of intentions, your eagerness comes across as too much for her. Which is a nice way of saying, you may be creeping the heck out her and she can’t handle it.

As a wing girl to hundreds of thousands of men all around the world, I get to see tons of examples of guys being too strong in their approach with women. It always bothers me because I also get to see the awesome men underneath, whose behaviors are messing up their chances of being with some wonderful women. With the guys I work with, their behavior is often so out of character when compared with the men I know they are. It makes me feel for them but it also drives me nuts.

Because, on the flip side, I am a woman.

I’ve experienced this too strong behavior from men while dating and if I’m being honest, it does not feel good. It feels heavy and scary and intense… all the things that I instantly want to get away from.

I would be nice if I would say to these men, “I know that this behavior is not really who you are but could you please not come on so strong? It makes me feel very uncomfortable and is really turning me off. You don’t even know me yet.” But most likely I won’t do that. And most women won’t either. I’m human and therefore when a man comes on too strong, I may not confront it head on. Instead, I find other ways to address it. And so do other woman. So how do you know if what you’re doing is causing a woman to want to run away?

Here’s a list of seven things women do when you’re coming on too strong:

IF she just met you and isn’t invested in any kind of relationship yet:

1. She’ll ghost you.
Ghosting is the new Facebook—it’s what everyone is doing and using to avoid reality. Ghosting is when a woman acts as if she’s died on you, hence the ghosting because she no longer seems to exist in your world. When a woman disappears, it’s one of the signs you’ve come on too strong. It’s also a sign that she wasn’t feeling it with you in the first place and instead of being a big girl and telling you, she chose to simply not deal with it

2. She’ll kindly tell you to go away.
If you’re approaching a woman for the first time, whether it’s in person or online, and coming on to strong she may politely tell you that she’s not into what you’re putting out there. For example she may say something like, “I wish you luck on your search. I don’t think this will work.” Or in person, she may say, “Me and my friends haven’t seen each other in so long so we’d really like just catch up.”

IF she’s gone on one date with you:

3. She’ll continue to make plans and then cancel.
If you’re coming on too strong, a woman will continue to agree to plans with you but then cancel last minute. She may even continue to offer up alternative options but will cancel on those plans as well. She’s doing this because she’s trying to be polite and not rattle things. If you’re this strong in your emotions and actions when you like her, she’s probably worried what you’ll be like if she breaks your heart or expresses disinterest.

4. She’ll delay her responses.
When a woman takes a day and a half to get back to you it’s a huge sign that you need to slow your roll and back off a bit. I always advise men to mirror a woman’s responses. It’s a way to avoid coming on to strong and will make her feel like you’re on the same page.

5. She’ll send you simple, short responses.
A woman doesn’t want to entice a man she’s not interested in but she also doesn’t want to be rude. Therefore, she’ll keep responding to you, probably at a very slow pace, but all messages will be short, sweet, to the point, and void of any emotions.

IF she’s invested and likes you:

6. She’ll pull away.
I remember this one guy that I dated a long time. When I first met him, I really liked him—I liked how he acted, I like how I felt around him. Overall, I liked most things about him and was excited to get into a relationship with him. But as soon he started getting a little too eager and moving things fast, I pulled away. His desire to race into things so fast had me questioning my feelings for him. I kept thinking, “He likes me sooo much more than I like him. Do I even like him?”

7. She’ll tell you that you’re being too intense.
This is the most mature reaction a woman can have when a man’s coming on too strong and hopefully the one that she’ll use the most, especially if she’s invested in you. A mature woman will simply tell you that she’s not on the same page as you and needs things to slow down and not be so intense.

If any of these are happening to you, it’s time to take a look in the mirror, examine your behavior, and see if you’re coming on too strong. Go back and look at your text messages or emails to women and read them to yourself as if a stranger was writing to you—Would you find them too intense?

Next time you approach and get any of the responses that I listed up above, pause, breathe, and then ask the woman you’re with, “Am I coming on to strong?” in a curious, sincere way and see what she says.

The first step is recognizing what you’re doing. Then you can shift your behaviors and the way you approach woman it so that you’re no longer the eager, needy pouncer that comes on too strong and scares women away. Instead, you’ll a give the woman you’re with a chance to get to you know and your real character. Not the character of the ‘guy in pursuit’, but who you really are. 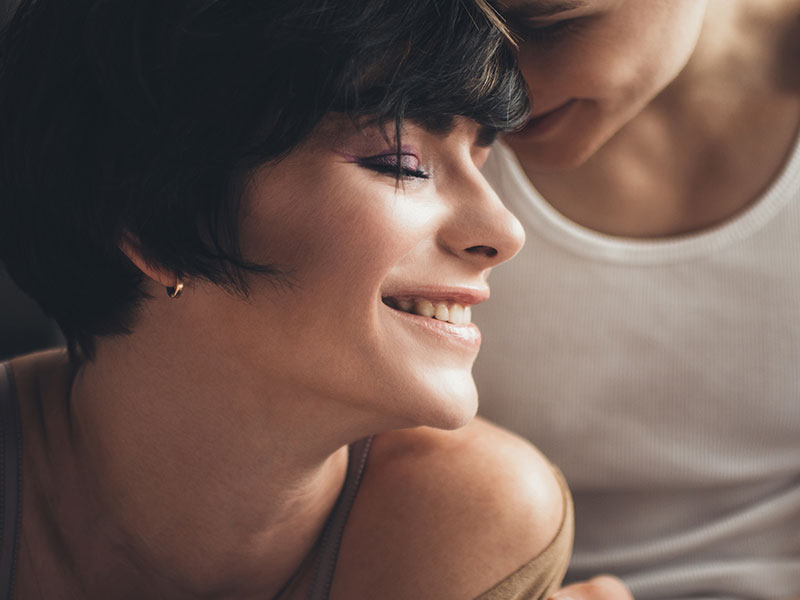