Feeling Ignored? What to Do When He Ignores You

Feeling ignored is just as hurtful as it is frustrating. There is so little you can do to make someone respond to you. And it’s a common situation while dating: You really like someone and it seems like it’s going well until all of a sudden, their responses come less and less until you feel like they’re purposely ignoring you. If you feel like your boyfriend or the guy you’re interested in is ignoring you, here are seven things you should do that may help you out.

What to do when you’re feeling ignored

1. Call out the behavior.
If you feel like your guy is ignoring you, try speaking up about it. Colby Marie Z., a sex and relationship coach, suggests saying something like, “You’ve seemed really distant the past couple of weeks—you haven’t been calling as often and only answer texts with one or two words. What’s going on?” It’s not accusatory, which can solicit defensiveness, nor is it desperate, which can sometimes be a turn-off. “But it does indicate that you’ve noticed a change in his behavior,” Marie says, “and gives him an opportunity to explain.”

2. Try other forms of communicating.
If you rely on him responding to your text messages too much, perhaps you need to change how you’re communicating. He may be busy at work, get distracted, and forget to text you back. This can make it feel like he’s ignoring you, when really texting during the day just isn’t his thing. Instead, try texting or calling him at certain times of the day, when you know he has the time to respond. If he’s receptive to this, then you know he wasn’t ignoring you.

3. Give him permission to dump you.
“This might sound counterintuitive, but oftentimes someone you’re dating may become distant because they’re afraid of the confrontation of breaking it off,” says Marie. “Instead of being strung along in limbo, tell him that if this isn’t working out, you’ll understand. Then you’ll have the opportunity to move on without any doubt or hesitation.” And if he doesn’t want to dump you, it gives you an opportunity to communicate about your needs and expectations, and figure out why you’re feeling ignored.

4. Embrace vulnerability.
Though you may try to play it cool in an effort not to get too invested and avoid getting hurt, this can often be mistaken for disinterest, and maybe that’s the vibe you’re getting from him. “Set the example by telling him you’ve really enjoyed spending time with him. If he feels the same, this can help him let his guard down. If he doesn’t, then you have an opportunity to determine whether or not you want to continue to pursue the relationship,” says Marie.

5. Assert yourself early on.
Irina Baechle, a Relationship Therapist and author of “A 5-Step Connection Guide To Your Dream Marriage” says, “If you don’t assertively communicate with your potential life partner from the very beginning,  you might be setting yourself up for a failure. Do yourself a favor and learn how to respectfully and assertively express your concerns and desires.” In other words, in the early “getting to know you” phase, tell him that you really want someone who’s responsive and that you don’t like playing games. “Your partner will appreciate your direct and honest approach, and this will give him an opportunity to share his thoughts and concerns as well.”

6. Don’t overcompensate by texting/calling too much.
Regardless of whether you’re feeling ignored, if there’s a legit reason why he’s not responding as much, over-texting or over-calling just to get an answer will come off as possessive, insecure, and a little crazy. Trust us, he’s seeing that you reached out. If he still doesn’t respond after a week, you may need to come to grips with the fact that you’ve been ghosted.

7. Leave him for a few days.
While waiting for him to respond, make sure you’re keeping busy with activities, hanging out with friends, and even going on other dates. This will get you away from your phone and help get your mind off the fact that he’s ignoring you. If you’re not exclusive yet, there’s nothing wrong with going on dates with other people. If/when he does respond to you again, you can decide if you actually prefer to have him in your life or not

When you’re feeling ignored, it can really throw you for a loop – especially if you already have feelings for the person. Follow these seven tips, and remember that you deserve someone who’s going to be there for you. 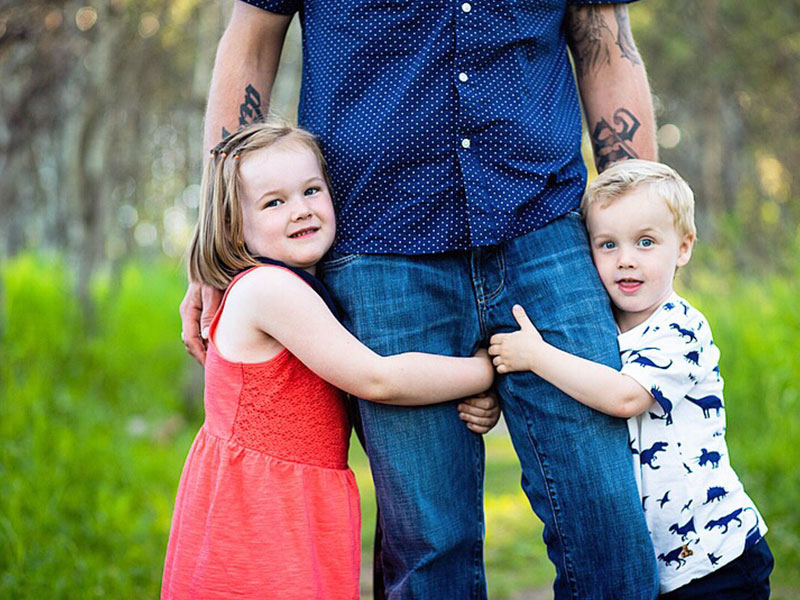 Dating with Kids Are You Dating a Man With Kids and Feeling Left Out?