6 Things You Should Know About Dating In Your 30s

When you’re in your 20s, pretty much anything goes when it comes to dating. Singles tend to be more carefree and have more energy to date. Ya, breakups are hard but you’re young and you’ll meet someone later in life so it’s no biggie. However, when you’re dating in your 30s you may have more of a sense of urgency and there are certain things to keep in mind.

Here are the 6 things you need to know:

1. Happy hours are something to take full advantage of.
Many single people in their 30s are working full-time jobs. That means, they’re going to bed and getting up earlier than they were in their 20s.

“Happy hours are a great place to meet single people because it’s something social you can do right after work and still make sure you’re home at a reasonable hour,” says Paige, 32, from New York.

2. Looks stop being the number one priority.
Someone’s looks will still catch our eye, but won’t always keep your attention once you’re in your 30s. In other words, when you’re more serious about finding someone for the long term, things like values, politics, life goals, and interests will start to mean a lot more than a bucket list of physical traits.

3. Dating apps can become your favorite wingman/woman.
It’s a common yet legit excuse not to go out and meet people—you’re too tired after working all day. Singletons in their 30s may take their dating apps more seriously in terms of looking for a relationship because as much as they want to be out meeting people, often, work/life schedules may not allow for it.

“It may seem lazy to some, but at the end of the day, it’s easier and more relaxing for me to meet people online, while I am home relaxing, than spending an extra two to three hours out after work trying to meet women,” says Ryan, 37, from Sacramento, CA.

4. You’re not in your 20s anymore.
Remember being in your early 20s and seeing those obvious, older bachelors and cougars prowling around the younger crowds? You don’t want to be that older creeper.

“My friend and I went to this club we used to frequent in our mid-20s. After a few minutes and realizing that we were the oldest guys in the place, we left and went to a sports bar. The look I got from girls was like ‘check out the old guys.’ Those late nights partying at clubs are over,” says Mark, 35, from Atlanta.

5. You’ll want to know right away if it’s going anywhere.
Time flies when you’re in your 30s. When you realize that the next decade you hit 40, aka midlife, you’ll realize that you don’t have time to just “date for fun” anymore. Daters in their 30s usually feel like there’s no point in spending time with someone anymore if a date isn’t clicking after the fourth, second, or even first date. Next!

6. You can still be confused about what you want.
The truth is, people in their 30s may still be unsure of the kind of relationship they want. One day, you could be looking for your partner for life. The next day, you could decide you just want a friend with benefits.

“When I turned 36, I thought maybe I was just meant to be single. I wasn’t meeting the right guys and decided that I would be fine on my own. I could travel, date on my terms, and just live my own life. Then I met [Jay] and couldn’t imagine my life without him in it,” says Abby, 37, from Albany.

Being in your 30s is a transition period. You’re definitely not ‘old’ yet, but your not your younger self either. You may look like you’re still in your 20s, but you don’t feel like you’re in your 20s anymore. And this transition period is actually a really great time to date. It’s different than your 20s, you don’t just ‘meet someone out’ or ‘text you later.’ Dates aren’t formal but they are planned. When people aren’t interested, they know how to be mature about it. And you’re a little bit older and wiser too. Not much, mind you. But just enough to make things interesting. 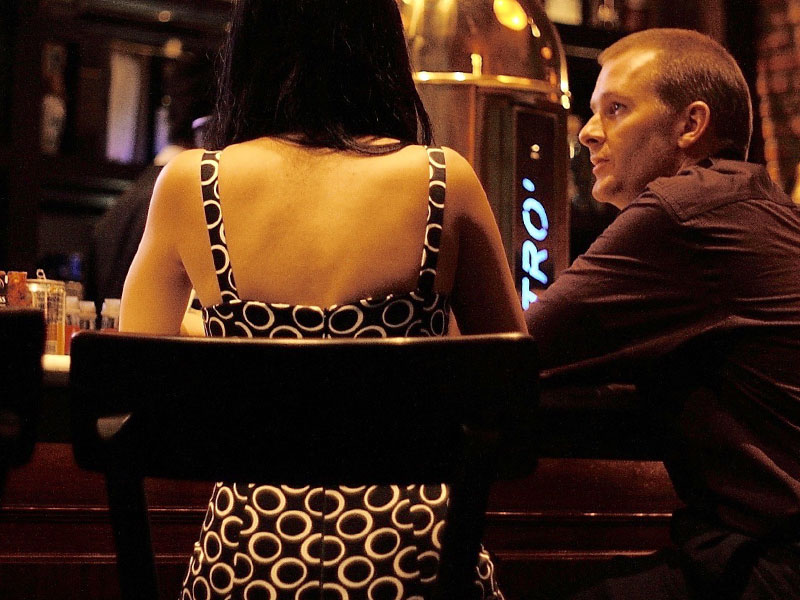