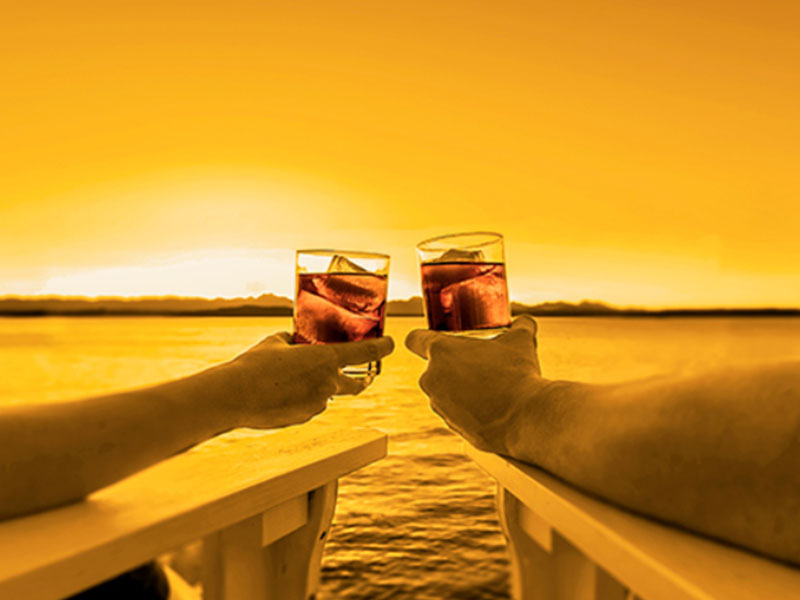 It’s summertime and the thirst is real. Everyone is busy chasing the sun (looking hot doing it) while sippin’ on something fruity and fun (a caipirinha on the beach sounds heavenly right about now). This got us thinking… Like summer and drinks, is there a connection between dating and drinks?

To help us learn more about this connection, the online dating site and app Zoosk surveyed 8,793 of its members and analyzed 133,175 dating messages.

We’re thrilled to share key insights with all the single lads and ladies out there (such as, the hottest drink of the summer and bars singles like to go to), because unlike The Most Interesting Man in the World (Dos Equis anyone?), we don’t want you to, “Stay thirsty, my friends.” We want you to live fully quenched. 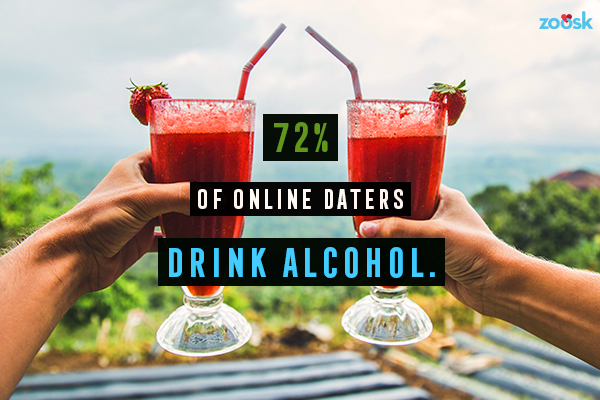 East Coasters in Blue States are some of the “thirstiest” daters.
Not every single likes to drink or go to a bar on a first date, and drinking and dating culture varies some from state to state. Singles in the District of Columbia and the East Coast tend to enjoy drinking on a date the most, though Alaska, Colorado, and Iowa made the list as well.

Nearly a third of non-drinkers find it difficult to date.
Since drinking on dates is almost the norm, is dating harder for people who don’t drink? According to 32% of non-drinkers, yes. And it’s even higher for Millennial non-drinkers—38% of them said not drinking can make things difficult.

7% of sober singles even admitted that they pretended to drink on a date. And this is slightly higher with Millennial non-drinkers at 10%. 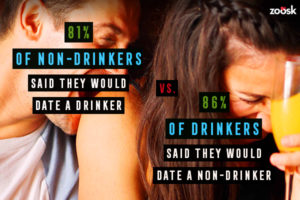 Daters can’t resist the charm of a local pub.
While local pubs have a universal appeal among singles, wine bars were popular with women. Millennials also enjoy breweries.

Favorite Type of Bar for a First Date

Least Favorite Type of Bar for a First Date

In addition, 30% of drinkers have even admitted to drinking before dates to feel less anxious or nervous. And, this is slightly higher with Millennial drinkers at 36%.

Go-to drinks? Beer for guys (ale yeah!) and wine for the ladies (chardonn-yay!).
62% of men choose beer most often for dates, while 62% of women choose wine. 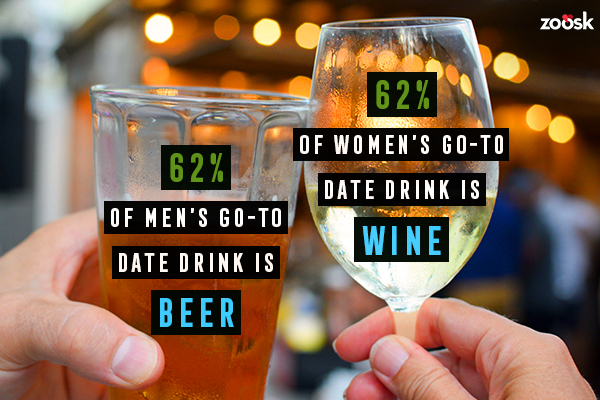 These cocktails make the conversation flow online.
Talking about alcoholic drinks in an online message doesn’t result in more replies. But, there are a few exceptions to the rule.

Tea lovers rejoice! Talking about tea online really stirs up conversation.
Love kombucha? Try bringing it up in your next conversation online and you’re more likely to get the response you’re looking for. 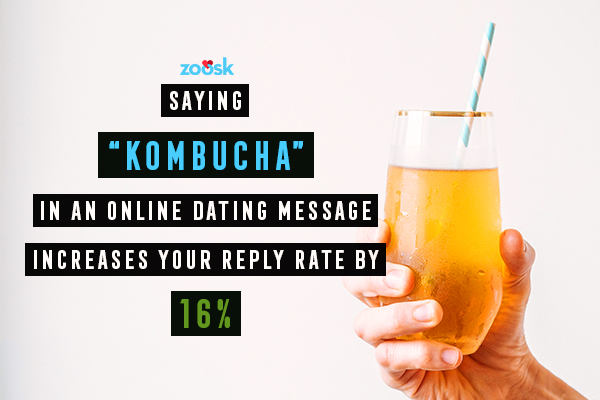 Is there a two-drink maximum for dates? 55% of daters think so.
It’s important to drink responsibly, especially on first dates. And for the majority of singles, that means sticking to two drinks on date nights. But opinions vary—17% of daters think one drink should be the maximum, while 19% think three is fine. 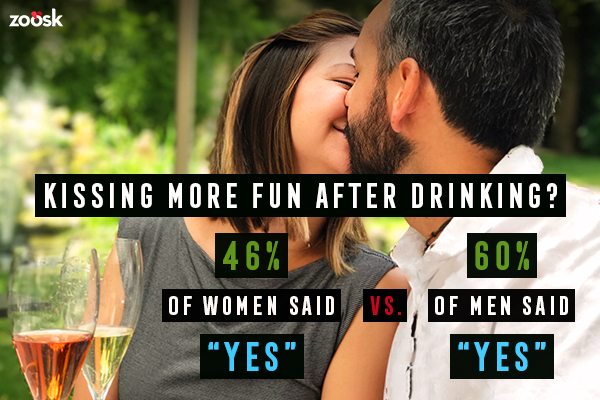 Well, there you have it! Pour a glass of your favorite drink and start putting these thirst-quenching dating insights into real action. Cheers! Jeet is a freelance writer who has years of experience covering dating and relationships.