How to Have a Healthy Relationship: Experts Weigh In 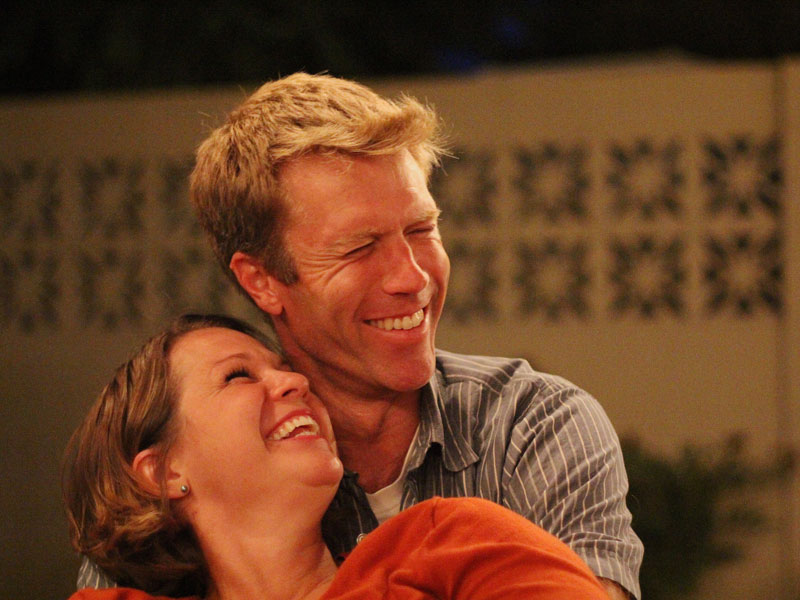 Fans asked: How can men improve their listening skills and be more mindful in conversations?

“He never listens!” is probably the most common complaint among women. Which is funny because most men think they’re great listeners. There’s clearly some secret men need to unlock in order to be what a woman considers, “a great listener.”

For women, talking and sharing is a form of intimacy. It’s how we connect, how we bond. For men, however, talking is primarily about getting a point across.

So it makes sense that men and women have slightly different definitions of “listening.” Men can sit at a bar talking and also be watching the game on TV. Being distracted by the game doesn’t interfere with the conversation or getting the point across. However, a woman wants your undivided attention when she talks. “Getting her point” isn’t the main goal here; being present and making eye contact IS.

Another tip to being a good listener is to listen without interrupting. Don’t try to solve her problem. That’s not why she’s talking. She’s talking to connect with you and create intimacy. So if you want to make her happy, don’t look at the TV, don’t pick at your nails, (whatever you do, DO NOT look at your watch!) and don’t solve her problems; just sit with her, make eye contact and when she pauses, say, “Hmm…tell me more.”

If you want a step-by-step guide to how to listen better (especially when a woman is upset about something) click here.

Ladies, if you want a man to listen, take a moment to consider why he stops listening.

Without a doubt, as Lauren points out, he has no idea what women really want. So you have to let him know what’s important to you.

Simply saying, “You’re not listening” or “You don’t understand” can easily turn him off because it sounds like blame. Nobody, male or female, enjoys feeling criticized.  We all begin to defend ourselves when we feel criticized.

Choosing the right words when you want him to listen can make all the difference.

Instead of saying, “You’re not listening.” Give the same message in a non-critical sounding way. Say, “Hmm, Let me try saying this differently.” And then start again. This friendly message lets him know that you don’t feel heard but at the same time he doesn’t feel blamed.

Click here for more tips to improve communication and learn the best techniques for talking in a way that makes a man want to listen more.