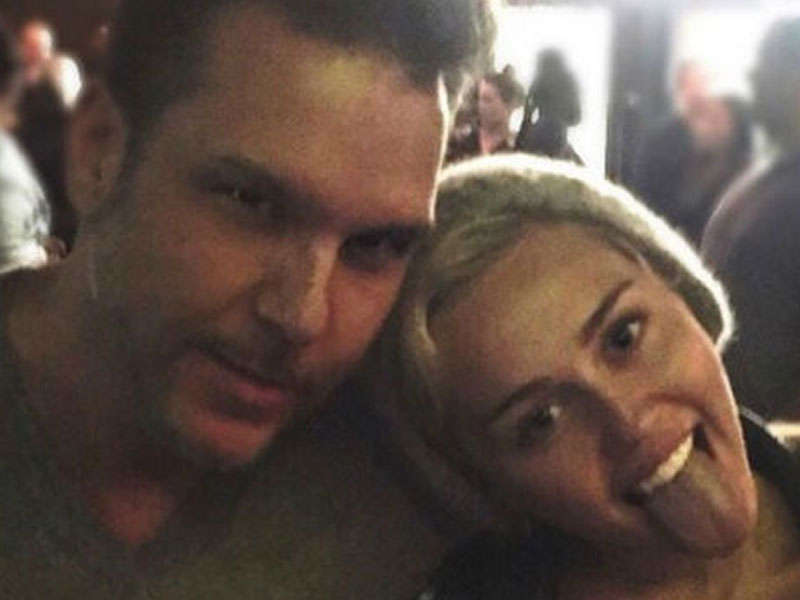 Hooking Up: Now you can add Miley Cyrus and Dane Cook to the list of surprising Hollywood couplings. According to US Magazine, the singer and the comedian are “hooking up.” Apparently, the two are longtime friends. In fact, Cyrus regrammed a self-addressed post from Cook that read, “Don’t you ever let someone treat you like a yellow Starburst. You are a pink Starburst.” How sweet. The “Wrecking Ball” crooner once said she liked funny guys, so maybe Cook is the “stand-up” person for her.

Back On: Off-again on-again couple Chris Evans and Minka Kelly appear to be back “on” after they were photographed spending some quality time together over Labor Day weekend. The two were spotted walking their dogs in L.A.’s West Hollywood neighborhood, looking casual and super cozy. At one point, the pair exchanged an enthusiastic high-five and laughed, so it must be love! Or not. The two first started dating in 2007 and broke up later that same year. They started dating again in September 2012 — only to split for a second time in October 2013. An insider has said, “They still care about each other.” Clearly.

Royal Love: Another see-saw relationship seems to have reignited its spark. Prince Harry and his college sweetheart Chelsy Davy are reportedly back together again. The couple, who dated on and off from 2004 to 2011, have been secretly meeting up since a date in February. It must be getting serious because Davy, a corporate lawyer, flew nearly 10,000 miles to be by Harry’s side in London for his birthday last week. “They decided they would like to give their relationship another chance,” a close Harry source tells US Magazine. “They still have strong feelings for each other.” Do we hear the sound of royal wedding bells in the future? Stayed tuned!

Over It: The heart may wants what it want, but Selena Gomez sure doesn’t want Justin Bieber anymore. Maybe. The singer revealed to Elle Magazine that it was her performance at the American Music Awards last November when she knew she had moved on from her ex-boyfriend. “Everybody was talking about the same thing: my relationship,” she remembers. “I was so exhausted. I said, ‘I want this [performance] to be the last time I have to talk about this. And acknowledge this feeling.’” She admitted, “I was kind of devastated. I was like, ‘This is all I have right now. This is gonna be it. And all I want is to move on.’” However, when asked if she will ever get back together with the singer, Gomez said, “I don’t know!” Uh-oh.

Not the Real Deal: Singer Adrienne Bailon has called off her engagement to Roc Nation exec Lenny Santiago. Engaged since February, the couple of six years announced their breakup earlier this week. The former Cheetah Girl said in a statement: “I am, of course, sad that things didn’t go as we planned, but we still remain close friends. Six years is a long time to be together, but we had to make the decision to go with our hearts and not be embarrassed or afraid of change. He absolutely helped make me a better person and I will forever cherish the time we shared together.”

Photos by: Complex.com, US Magazine, The Daily Mail, E! News