6 Things Guys Do When They’re Into You 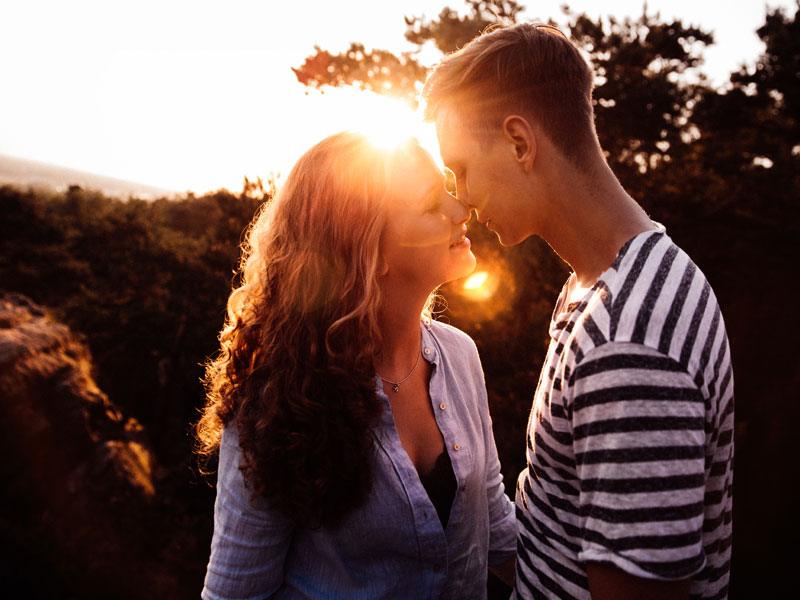 Trying to get a read on a guy is naturally hard because it’s either they have a really good poker face or are so nervous that it’s eclipsing their personality. But there are certain tells that can help you decipher the guy codex.

Here are six things guys do when they’re into you:

#1: Constant communication
Yes, guys are notoriously bad at saying how they feel. That said, when we like someone and the lines of communication are open (i.e. when a date goes well or there’s a good conversation going) you’ll hear from us. When it comes to texting, some might ramble on for several paragraphs or just send a steady stream of mono-syllabic responses. Either way, if the responses come in at a regular pace, those are sign he’s interested.

#2: Random but sweet messages
In the era of technology, people are accessible through a few seconds of swiping and tapping on the smartphone. If you’ve exchanged numbers or become Facebook friends, he might shoot you a message with a simple “Hey, how’s it going?” Or say he’s hiking with friends and sends you a photo of a meadow that you might appreciate. If he’s thinking of you throughout the day and has you on the brain enough to check in on you, he’s into you.

#3: Lots of attention
If you’re on a date and he doesn’t reach for his phone, you know there’s interest. Someone who checks their phone constantly during the early stages of dating is almost certainly interested in something other than you. A guy who holds the conversation, maintains eye contact, and doesn’t reach for smartphone is exhibiting all the signs of interest. At the very least, he has good manners. Other signs he’s listening: Nodding, smiling and even leaning in (hopefully not too close).

#4: Body language
Body language is important since it’s a subtle way to get a read on someone. Crossed arms? It might be a sign that he’s a bit nervous and closed. Is his gaze wandering around the room? Maybe he’s bored. On the other hand, if he stands closer to you than most friends would (and if you’re comfortable with it), then he could be trying to tell you something. Alternatively, some guys just get nervous and tongue-tied on a date. Don’t mistake someone looking at their lap for someone looking around the room. The former is a self-conscious fellow who’s too anxious to look you in the eye and the latter is someone that doesn’t want to be there.

#5: Dresses to impress
I’m not saying a guy is only interested if he wears a suit and tie to a date, but when a guy puts thought and care into his attire it’s a sign that he wants you to like the way he looks. Some guys will never know how to dress for a date, but hair with some product in it, unwrinkled shirts, or even a belt can be a sign he’s into you. Sweat pants and a hoodie probably don’t require as much thought as nice jeans and snazzy shirt. (Do people still say snazzy?) If he puts that much thought into the way he dresses, he might be putting that much thought into the relationship.

#6: “I like you”
Sometimes a guy will just outright say he likes you and it’s as simple as that. It could be a grand gesture with flowers and a string quartet or even a simple pause in the middle of the date. Either way, if he sends you a direct message then you’re good to go.

Dating and discovering who another person is unpredictable and fun. Remember, these are general tips for figuring out guys and not hard and fast rules. Every guy is different, and the way one guy chooses to show he cares may be opposite from another. But if the guy you’re wondering about starts displaying these signs every time he’s around you, he may be thinking about you as more than a friend.