11 Dating Tips You Have to Live Through to Understand 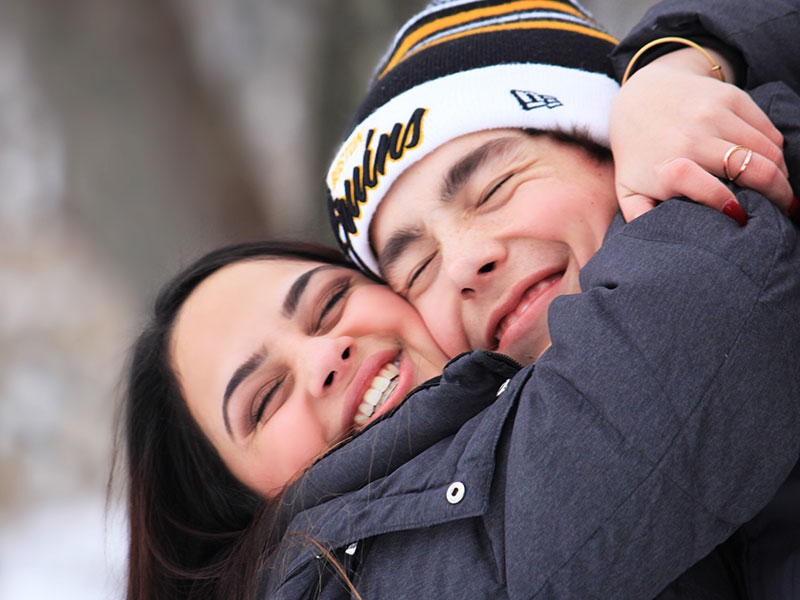 The best dating tips are tried and true. Which means that some dating advice will only make sense once you’ve experienced it for yourself. There are some things that you just have to go through to understand.

It’s easy to tell someone, “You’ll get over your ex eventually. It just takes time.” But if that person has never been through a serious breakup before, they might not believe you until they’ve survived and lived to tell the tale. Some things you have to live through to fully understand.

Here are 11 dating tips that you have to learn for yourself:

1. Trust your gut. It’s usually right.
When you get a feeling about something, listen to it. Your intuition is a lot sharper than you might think. “Your intuition is shaped by your past experiences, and your existing knowledge which you gained from them,” Susanna Newsonen, MAPP writes in Psychology Today. “Trust that you have all the knowledge and experience you need to make the decision that’s right for you.”

2. The most important thing you can be is yourself.
When you’re putting yourself out there, it can be tempting to be a version of yourself to stand out or impress somebody. But it’s a waste of time to pretend to be somebody you’re not just to impress a date. Embrace everything that makes you, you, and you’ll find the right match.

3. Breakups suck, but you will get through them.
When a relationship is over, it feels like the end of the world. But it does get easier. Maybe not right away, but one day, you’ll wake up and it’ll hurt less. With experience, you’ll learn how to mourn breakups and what gets you through them.

4. After you break up with someone, you should stop talking to them.
Distance is important after a breakup, and even though it might hurt, it’s best to go cold turkey—at least at first. Staying in contact with an ex or trying to be friends right away will confuse your head and your heart. Take some time away from them to mourn the breakup. Then, if you still want to remain friends, set some ground rules for what that looks like.

5. After you break up with someone, you shouldn’t jump into a new relationship.
It’s important to spend some time on your own and reflect on your role in the relationship. It’s okay to get back out there and meet new people, but don’t immediately start something new or get exclusive again before you’ve had some time to yourself.

6. Ghosting happens, and it usually has nothing to do with you.
People ghost for all kinds of reasons: they met someone else; they still have feelings for their ex; they took too long to text you back and now they feel awkward about it. Nine times out of 10, it’s something with them and nothing to do with you. That doesn’t make it any easier, but once you’ve experienced it a few times, you’ll understand and move on more quickly.

7. If they don’t explicitly use the label boyfriend or girlfriend, you’re not their boyfriend or girlfriend.
You can’t assume how someone feels about you. The only way to know what someone is thinking or how they define your relationship is by asking them. Even if you’ve spent a few months dating someone and think you’ve reached boyfriend/girlfriend territory, that doesn’t mean they feel the same way.

8. They’re not going to leave their boyfriend/girlfriend/husband/wife for you.
They might want to, but most of the time, they’re just not going to do it. Breakups are messy and they’re probably not going to end a relationship (or engagement or marriage) over a crush on someone new.

9. Ultimatums are a bad idea.
The second you force someone to make a big decision—even if it’s one they were ready to make on their own—the situation is tainted. Having an open and honest heart to heart conversation that flows back and forth is always more productive than forcing someone to make a choice or give you an answer by a certain deadline.

11. Sometimes, other people’s dating advice sucks.
People love to get involved in other people’s relationships and give unsolicited advice. Remember that you don’t have to listen to any of it if it’s not right for you.

A lot of these dating tips might sound obvious. If that’s the case, it just means that you’ve been there and learned that lesson already. The longer you date, the more dating wisdom you’ll have—and the easier it’ll be to learn what works and what doesn’t work.