Home > Dating Tips > Does He Think About Me? 10 Total Giveaways

Does He Think About Me? 10 Total Giveaways 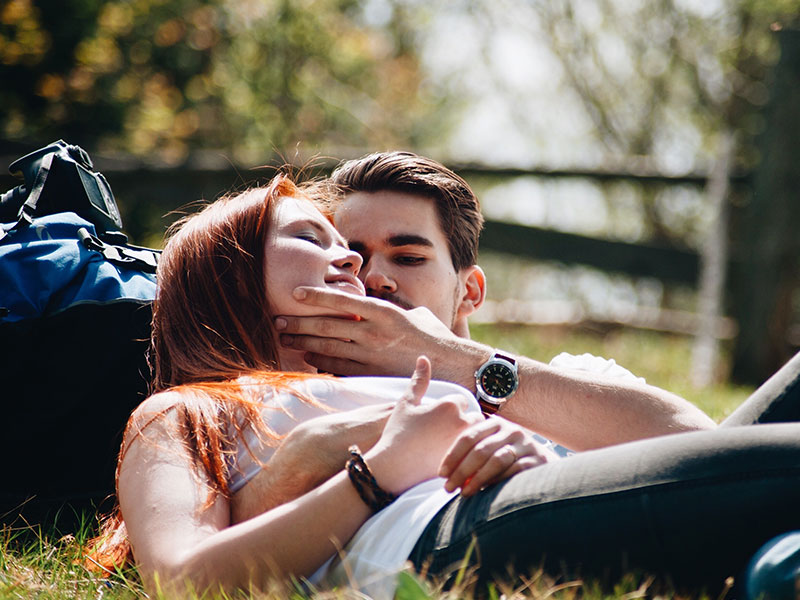 When you’re crushing on a guy, there’s one thing every woman wonders: Does he think about me? And while it may feel like an impossible question that you’ll never know the answer to, there are some ways to find out.

You don’t have to become a mind reader to know what a guy is thinking. Whether you’re new acquaintances, co-workers, or friends, when a guy is thinking about you, he exhibits some textbook behaviors. And if you look closely, you’ll be able to detect signs that you’re on his mind.

Guys aren’t as difficult to read as you might think; you just have to know what to look for. If you’re wondering, Does he think about me? then ask yourself if he does any of the following things.

1. He texts you early in the morning or late at night…
When it comes to texting, some guys play hard to get. They might do things like only text if you text first, or wait arbitrary amounts of time to reply. But if you’re the first person he’s texting in the morning or the last person he’s talking to before bed (or both), he’s clearly thinking about you. And he’s not trying to hide it, either.

3. He DMs you or tags you in funny Instagram posts.
Notifications like “Saw this and thought of you” and “This reminded me of that one time” are modern day flirtation tactics. If he sees things and immediately thinks to send them to you, then yeah, he’s definitely thinking about you.

4. He remembers what you say…
Another sign that a guy thinks about you is that he listens to you. When he recalls something you’ve told him, it shows he’s invested in your life.

5. …and follows up about it.
It’s one thing for a guy to remember something you’ve told him. But it’s even more telling when he asks you about it later. Not only does it show that he’s invested in your life, but also that he genuinely cares about how it’s affecting you.

6. He also brings up things you didn’t tell him.
Thanks to social media, you can know a lot more about someone than what they tell you. If a guy mentions your cat by name or your love of cinnamon rolls on Saturday mornings in passing, he’s clearly spent some time getting to know you via your online profiles.

7. He lets you know he’s available.
Whether he’s available to drive you to the airport or available for a dinner date, if he’s reminding you that he wants to make time for you in his schedule, then you’re definitely on his mind.

8. He doesn’t talk about other girls.
Some guys think nothing of commenting about another girl’s looks or bringing up their dating life. But if he never talks about other girls around you, it’s probably because he thinks about you in a romantic way, and hopes you do the same about him.

9. It feels like you’re strangely in sync.
Do you ever have moments where it feels like you’re perfectly in sync with him? It’s probably because of your subconscious. Our brains often pick up on other people’s feelings and tell our gut to take action. So if he’s thinking of you and doing things to try and win you over, your body very well may already be aware of it.

10. He actually tells you that he’s thinking about you.
Simple, direct, and to the point. You have to give him points for his honesty. If he’s opened up, just make sure you don’t leave him hanging.

When a guy thinks about you, he’ll find a way to tell you. It might be subconscious at times, but if you pay attention and know what signs to look for, you’ll be pleasantly surprised at how easy guys are to read.