5 Gay Celebrity Couples Who Have It All

It’s been a good couple of years for LGBT celebrity couples. Every day, more gay celebrity couples are finding themselves happily in love, posing proudly in front of the camera, and sharing their ultra-cute stories about how they met and fell in love. These stories inspire us and help us remember that love is often right around the corner–even if that corner happens to be blanketed in red carpet and a shining spotlight.

Here are the top five gay celebrity couples we love:

Sir Elton John has never been one to hide in the closet and stay quiet about his passion for music, LGBT rights, and his husband, filmmaker David Furnish. For this, we applaud him. After nine years in a civil partnership that started as a relationship in 1993, the couple finally married in 2014 after same-sex marriage was legalized in England.

Neil Patrick Harris, actor and star of How I Met Your Mother, married David Burtka, fellow actor, in September 2014. They celebrated with a gorgeous wedding ceremony in Italy. The couple dated for ten years, five of which were in secret. The two met while filming How I Met Your Mother when Burtka played a minor role that lasted seven episodes. The marriage was officiated by the TV show’s producer.

Jim Parsons, star of The Big Bang Theory, has been in a longtime relationship with Todd Spiewak, art director, for more than eleven years now. In 2013, Parsons opened up about the relationship, stating that it was “an act of love, coffee in the morning, going to work, washing the clothes, taking the dogs out– a regular life, a boring love.” D’aww.

George Takei will always be one of our most beloved Star Trek actors, but he’s also been a prominent spokesperson for the LGBT community since the ’80s. He has been married to Brad Altman since 2008. Until Takei officially came out in 2005, the couple kept their relationship a secret from the public eye for 18 long years.

Lance Bass, former *NSYNC member, married artist Michael Turchin in December 2014 after dating for almost two years and being engaged twice during the year before the big wedding. The couple faced interesting challenges due to Bass’  Southern Baptist upbringing and Turchin’s Jewish roots, but love, as always, truly does conquer all. In a February 2015 interview, Bass went on record as saying, “Religion is the reason why we’re still fighting about the word ‘marriage’, and I think this is going to be so important for people to see– take religion out of it, it’s all just about love.” 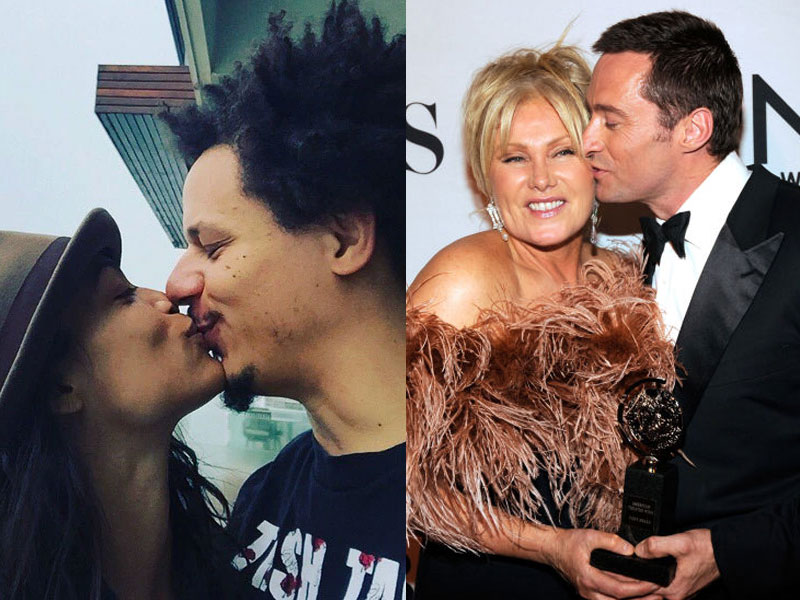