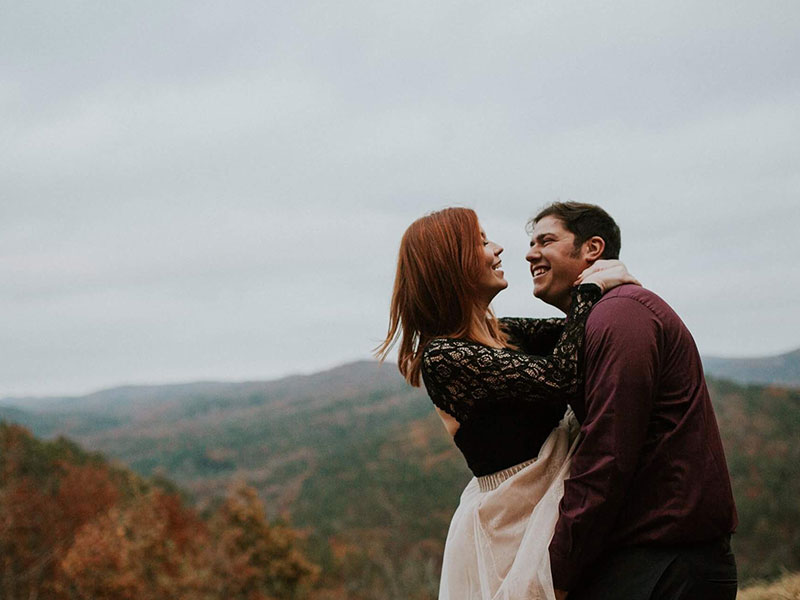 It’s always nice hearing those three words, “I love you.” No one tires of hearing that they’re loved. You probably tell your partner you love and care about him every day, but this can get a little stale and repetitive after a while—two things which are never good for relationships.

There are plenty of sweet and spontaneous ways that you can express your feelings, that can actually have much more of an impact than this classic phrase.

Here’s how to tell him you love him, without using those three little words.

1. Cook him his favorite meal.
Everyone says the way to a man’s heart is through his stomach—and that’s kind of accurate in a sense. (In fact, it’s probably true when it comes to us women, too!)

Next time you’re home first in the evening, why not surprise him with a special, home cooked dinner? Take some time to plan it out beforehand, so that you don’t get overwhelmed on the night. And don’t worry if you’re not great at cooking, just try your best to make him something you know he’d like to eat. You could even make this a little nostalgic dinner, and cook him something he loved eating as a child.

Surprise him with kisses, hugs, and affection.
The longer we’re in a relationship, the less physical we tend to be, and the more we forget to do the little things we used to do when we were first dating. You know the things I’m talking about—the cute stuff like kissing, hugging, cuddling on the sofa, and holding hands in the street.

Surprise your partner by wrapping your arms around him from behind, or kissing him next time you’re doing something mundane like grocery shopping. He’ll be reminded of how much you care for him.

Listen to him.
Men as a whole aren’t great at sitting down, opening up, and talking about their feelings. That’s why on the rare occasions when they do, it’s so important that they feel listened to—because then they’ll feel safe to open up again.

Men find having a conversation with someone they care about emotionally meaningful—even if it’s about something that doesn’t seem very meaningful, like sports, or current affairs. Just talking to each other can help you feel deeply connected, and held.

Play footsies with him under the table.
This sounds so small and simple, but it can be really effective. Especially if you do it when you’re having dinner out at a restaurant, and maintaining a straight face across the table. Physical touch is so important to maintain in a romantic relationship, and there’s something about footsies that is oh-so innocent and cute.

Let him know that he makes you happy.
When was the last time you told him that he makes you really happy? Have you ever told him? Because saying, “I love you,” and saying, “You make me really happy,” are two very different things. That doesn’t mean everything is perfect, or that you don’t have your bad days, but it’s about choosing to look at the bigger picture, and everything you have that’s great.

Let him know how you feel, how happy you are, and how much you appreciate him—It’ll mean a lot to him. More than you think it will.

Give him some guy time.
Chances are, you and your guy are best friends, which he’ll probably tell you when he’s in one of his rare, emotional moods. But he’s still a guy, and he probably still wants to go and hang out with some other guys, and talk about guy stuff.

If he hasn’t been out with his friends in a while, suggest that he takes Friday night or the weekend to spend with them and just relax and enjoy himself—even if that’s usually your time together.

We all need space, and time away from our partners, and sometimes giving our partner this free time is the best way to show them you love them.

Give him your admiration.
You might not realize it, but you represent the feminine approval in your man’s life—the same approval that they try and get from their mothers. A man’s self-esteem usually comes from how well he believes he’s doing at work, as a partner, or as a dad. So complimenting him and showing your admiration will give him the reassurance he needs to know he’s doing a great job, and that you notice and appreciate his efforts.

Support his dreams.
You’ve probably been together long enough to know about any big, future dreams your partner has. The problem is, most of us have commitments like our jobs, a mortgage to pay, or kids to look after—which leaves little room for being selfish and prioritizing our dreams.

Show him you support him and love him, and come up with a plan to get him one step closer to one of his dreams. Even if that means you need to compromise or sacrifice a little to make it happen. After all, relationships are all about give and take, and working as a team.