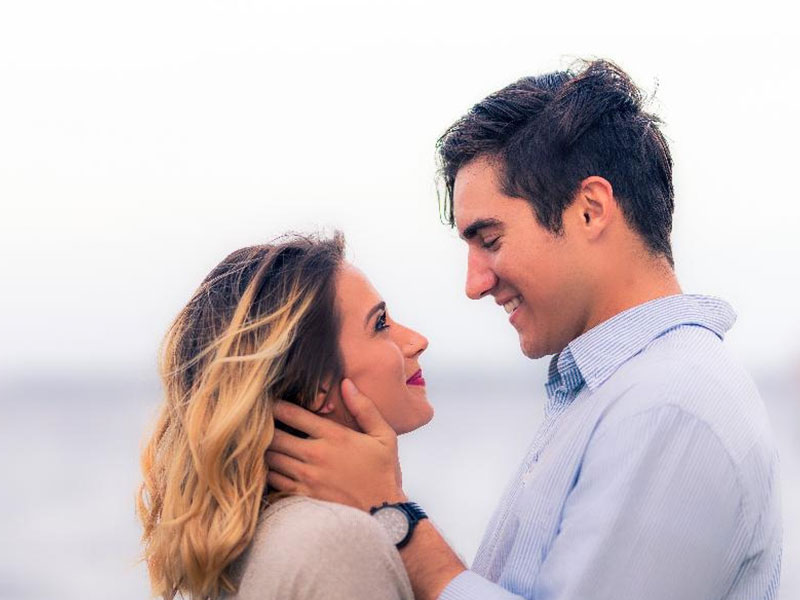 Have you been dating someone for a little while, and a part of you thinks things are going well but you’re not totally sure? Or maybe you’re already boyfriend and girlfriend, but he hasn’t said those three words yet, and you can’t help but wonder, “Does he love me?”

Don’t worry—like ninety-nine percent of women out there, you want to know where you stand, but you don’t want to come across as needy and ask him outright. After all, we know men aren’t great at voicing their feelings, so he might be head over heels for you but struggling to say it.

Here are 7 signs a man is falling in love with you, which double up as 7 signs he isn’t.

He communicates openly & honestly vs. he hides things from you.
Whenever anything comes up in your relationship that needs to be talked out, you can count on him being there and listening to what you have to say. Likewise, if he has any issues, he speaks to you directly about them, instead of going quiet on you and holding back.

You don’t need to read between the lines because you’re both transparent with each other. If you find he keeps things from you, and you struggle to know where you are with him, that’s a sign from your gut that something’s off.

His body language speaks volumes vs. his actions don’t show he cares.
Even if your man is one of few words, you can always tell how he feels about you by looking at his body language. If he maintains eye contact with you often, holds your hand when you’re walking down the street, or even just hangs out with you while you’re making dinner—it means he can’t get enough of you and wants to be even closer to you than he already is.

If he rarely does any of these things, he might not be at the love stage just yet.

He treats you with respect vs. mistreats you often.
A good early sign in any relationship is that your male partner respects you and demonstrates this in all areas of life. If he values your opinions, even if they differ from his, takes care of you in all the ways he can, celebrates your successes as if they’re his own, and embraces your weird and wonderful habits; it means he’s invested in you for the long term.

If you ever find yourself feeling disrespected by something he’s said or done, it’s important to voice that. If he’s genuinely sorry and doesn’t do it again, you can move past it; but if he seems to not care, then it’s highly likely he doesn’t care about you.

He wants you to know his family and friends vs. he isn’t ready to introduce you.
If he’s eager to introduce you to his closest friends and family, and cares that you get along with them, it’s a strong sign he’s serious about you and sees this going the distance. A man won’t introduce you to the people who matter most in his life unless he’s incredibly proud to be with you, and wants them to fall in love with you just as much as he has.

If he doesn’t make any attempt to introduce you and you’ve been together for a while, let him know you’d like to meet them and see what he says. If it’s a no-go, then that’s a good indicator he isn’t in love.

He’s thoughtful when it counts most vs. he doesn’t think about you much.
Some guys simply aren’t romantic, so don’t expect to receive roses and serenades from these guys. That being said, if a guy is falling in love with you, he’ll be thoughtful when it matters most.

Maybe he’ll pick up your favorite candy bar from the store, or cook you dinner when he knows you’ll be home late, or make up a hot water bottle for you when you’ve got period cramps.

It’s little signs like these that show he’s thinking about you and how you feel, and wants to be the most loving partner he can be for you.

You’re best friends vs. there are other people he prefers to spend time with.
If he’s your favorite person to spend time with, and you are his, then that’s a great sign you’re both falling for each other. You don’t even have to be doing anything particularly fun—you just enjoy being in each other’s company.

You light each other up, and everything feels better when you’re together. If your relationship feels like this, then chances are he’s falling in love with you. If it’s hard work spending time together, then this might not be the right relationship for either of you.

He supports you vs. he only thinks about himself.
Does he encourage you with your career and all your dreams? Is he there standing strong for you in the moments when you feel a little weak? Is he willing to sacrifice and compromise in your relationship? Does he always have your back?

If the answer is yes to all of these things, then not only is he a keeper, but he’s probably also fully committed to you. 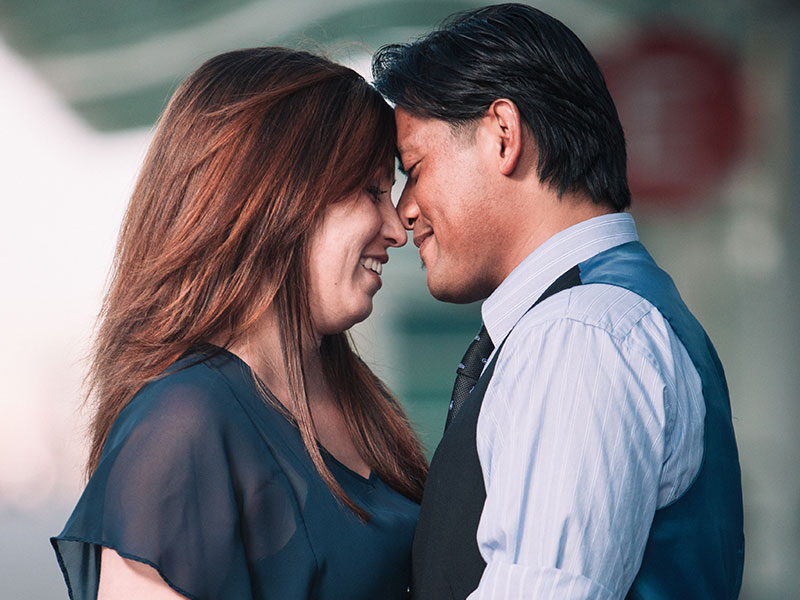 Love 7 Signs a Man is Falling In Love With You 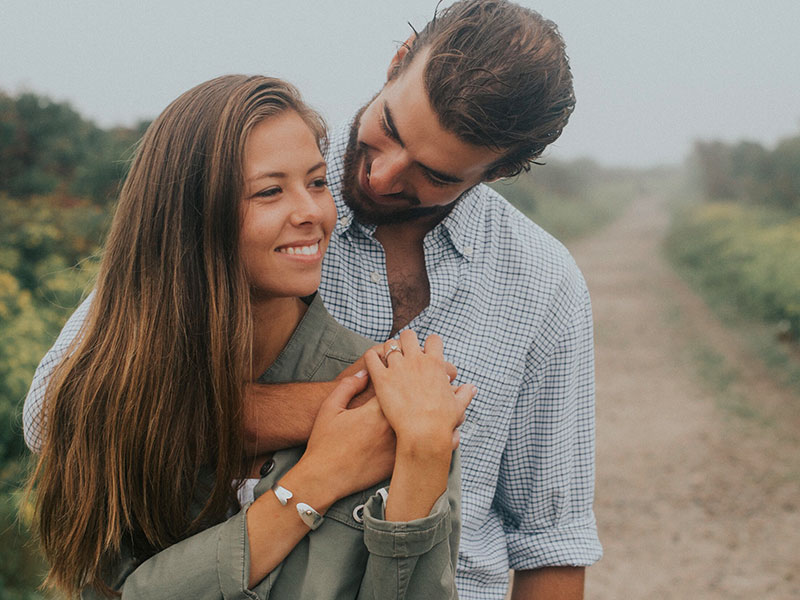 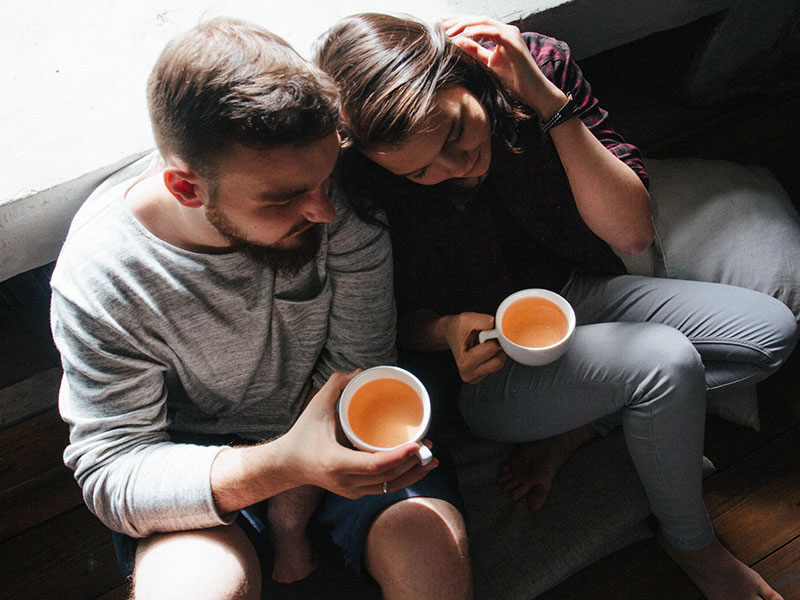 Relationship Stages Do I Love Him? 7 Signs You’re Falling In Love 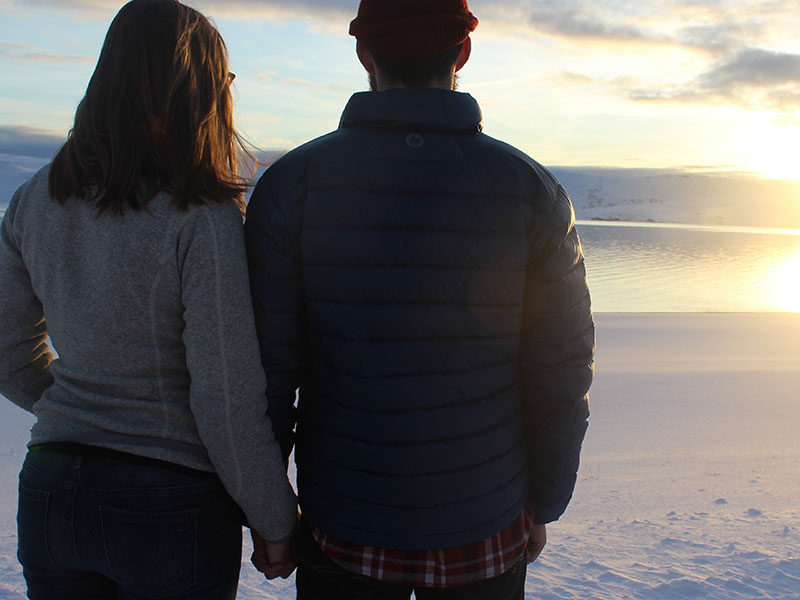