4 Animals Who Have Tried Online Dating 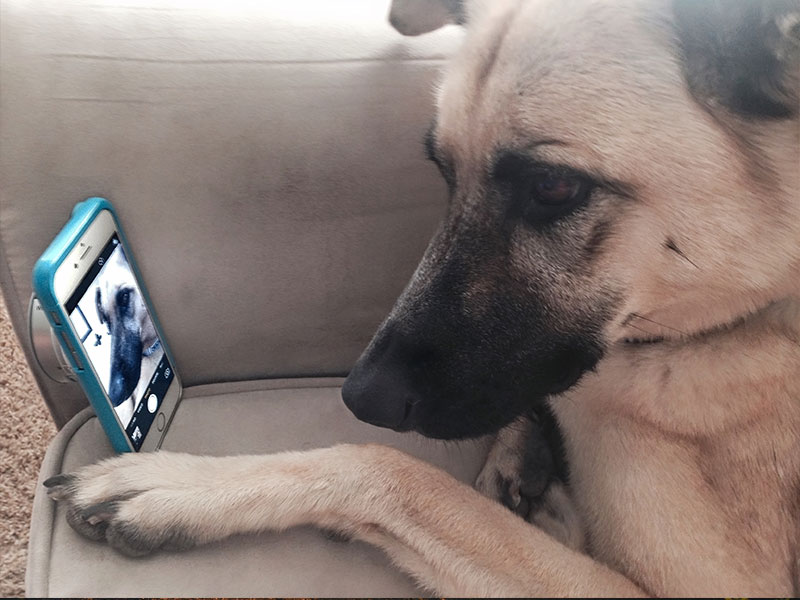 No, the title of this article is not click-bait. It’s been a recent trend among scientists, zoologists, and animal behaviorists to experiment with the use of “dating apps” among a number of species. Reasons for the apps vary from learning about responses to stimuli to solving pairing and mating issues—the trend is both intriguing and adorable. And as it turns out, these animal’s experiences aren’t too different from some of our own.

Here’s a list of animals that have tried online dating, and a few things we can learn from their successes (or failures).

A primate reserve in the Netherlands has been showing bonobos and orangutans photos of their peers and measuring the kinds of responses they provoke. After studying bonobos, they found that their strongest reactions occur after being shown positive images, such as grooming and sexual activity.

So what can we learn? Just like bonobos, the science says that happy, smiling profile pics are considered the most attractive because they project a positive vibe. (We wouldn’t, however encourage you to hit the ground running with photos of sexual activity.) Whether you’re hoping to get swiped right, or be transferred to an overseas zoo to mate in captivity, putting your best foot forward online is always a winner.

Note: The study was halted in orangutans when a female named Samboja destroyed a tablet showing her potential suitors. We feel ya, girl.

It’s going to be tough getting through this paragraph without making some seriously terrible puns, but let me try: Cows in France are now being matched with bulls via an app that lists the bull’s photos and all their physical stats. The cows themselves are not tongue-swiping based on which bull stirs their tenderloins (sorry), but rather, farmers get to examine a bull’s size, musculature, and genealogy in order to decide which will give them the best calves for their needs.

So what can we learn? Online dating can feel like a virtual cattle call (sorry) and with so many options it can be hard to know who is the best use of your valuable time and energy. Just like French farmers looking out for their cows, your friends have your best interests at heart and vetting your options with them is usually a good bet. It keeps you from hitting Tinder like a bull in a china shop (sorry) and swiping right on anything with dimples.

Even though Spruce, a 1-year-old penguin, isn’t quite old enough to breed, his caretakers want him to find a companion as they enter breeding season, simply so he spends some time with a like-minded flipper friend and not just a bunch of lame humans. Penguins are having a tough time pairing off in the wild, so zoological breeding programs are important to the survival of the species. With Spruce not exactly hitting it off with any of the other penguins in his Sea Life Centre, they took to the power of the internet to find him a lady friend he can relish affection upon, eventually.

So what can we learn? Connection on a friendship level can be one of the most rewarding parts of a romantic relationship and starting a relationship with a good friend, although at times can be risky, can result in an incredibly stable and trustful relationship. Taking a cue from Spruce and starting off as friends may not be a bad idea.

Okay, look, in a moment of total honesty, I identify with this story more than I care to admit. Koko, a gorilla in the 1970s that was adopted and taught sign language, hit the digital dating scene long before it was cool.  After being presented with several male gorillas to mate with and rebuffing their advances, her caretakers opted for showing her videos of potential mates for her to choose from. Why was it so important? (Brace yourselves for the feels.) Every year on Koko’s birthday, she asked for a baby. She wanted to be a mother, but just hadn’t found the right mate.

That was until a beefcake of a gorilla named Ndume graced the screen. Koko immediately ran to the TV and kissed his image. And Koko’s not the only gorilla who has opted for online dating, either. Gorillas in the UK are known to use an app called the Stud Book.

So what can we learn? Everyone wants a happy ending, but the most important thing is to wait for the one. You’re going to go on some lackluster dates, and meet some duds, but not settling is completely worth that kiss-the-screen moment of finding the person that makes your stomach do somersaults.

Despite the fact that animals on dating sites is some adorable fluff that allowed you to waste 15 minutes at work, there’s some comfort in knowing the human condition of finding the one seems to extend beyond the human race.  And that the stigma of using internet sites to meet people is being shattered, even in the animal world.