Home > Relationship Advice > 8 Things to Talk About Before Becoming Exclusive

8 Things to Talk About Before Becoming Exclusive 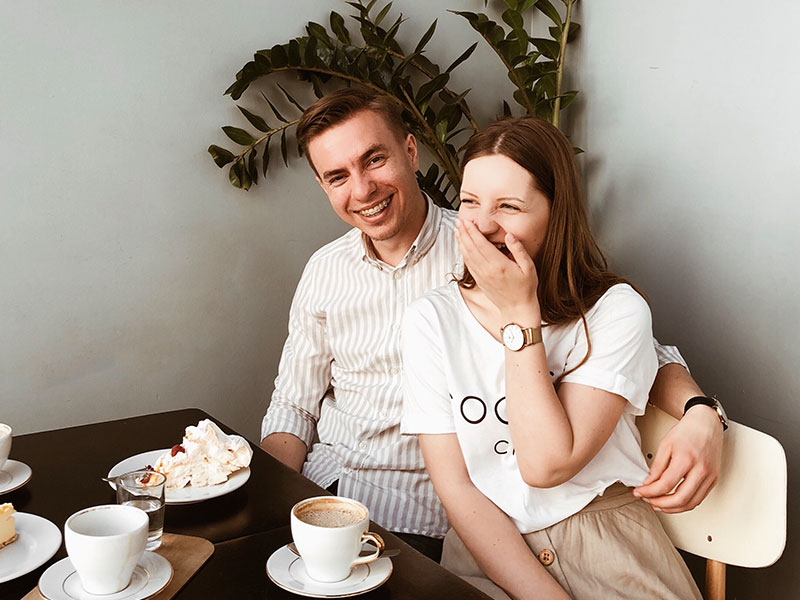 Building a healthy, loving relationship takes time, but it’s easier if that relationship is built on a strong foundation. That’s why it’s important to talk about certain things while you’re still in the dating stage of your relationship. This way, you know you’re both on the same page, and want similar things, as you move forward.

This can be a little intimidating, because you don’t want to scare your date off by talking about heavy, serious topics like how many kids they want on date number one. But there’s nothing wrong with being open and honest about what you’re looking for, and doing it in a relaxed, no-pressure way.

If you’re thinking of becoming exclusive with someone, then you should feel like you can have conversations like this all the time; and it shouldn’t feel uncomfortable. If it is, then you probably need to slow things down and build your communication up a bit.

Here are a few things you need to talk about before becoming exclusive.

Your expectations.
So many people avoid having this conversation early on because they don’t want to appear too keen too soon. But isn’t this a little childish when you think about it?

What’s wrong with laying your cards out on the table, and telling someone if you’re looking for something serious, rather than just a casual fling? If it’s important to you, then it’s important, period. Even if you think they want the same things you do, you can’t be sure until you’ve spoken about it. So be sure to voice your needs and expectations, in a chilled way.

What your plans are for the next year or so.
When you become exclusive, that means you’re both bringing each other into your lives in a more permanent way. They’ll meet family, friends, colleagues, maybe even extended family too.

This is why it’s important to talk about what your future plans are for the next year or so. If one of you has plans to take a job abroad, or go backpacking around South America for three months, then the other person deserves to know, so they can decide if they still want to try and make the relationship work.

Both people need to know what they’re getting into from the get go. Honesty is the best policy.

What your goals and dreams are.
It’s okay for you to both have different goals, but if they’re misaligned, or completely missing, that can seriously hinder the progress of your relationship. So be upfront about where you both see your lives going, and what your dreams are for the future.

How much time and commitment you’re willing to give.
Everyone is different, and has different needs in a relationship. Some people are happy seeing each other once or twice a week to begin with, while others want to spend a significantly larger amount of time together.

Depending on what the rest of your lives look like, the amount of time you can commit (at least at the start) will vary. One of you might have an intense and demanding job with flexible hours, or one that requires large amounts of travel.

Figure out how much time you’re both willing to commit, and whether you’re both happy with that before taking things to the next level.

The ghosts of girlfriends/boyfriends past.
If either of you had a relationship that ended in the last three months, then there’s a chance this could be a rebound, so it’s best to slow things down and postpone exclusivity talks. Anyone who’s newly single is likely dealing with some emotional baggage, and potentially still mending a broken heart. There may also be an ex who’s also still hurting, or hoping they’ll get back together. You just don’t know what’s going on in someone’s head.

We all have exes, and that’s okay. Maybe you or your new person are still friendly with you exes, and that could be totally harmless. But if they still see each other a lot, and are constantly in contact, then this is another sign there may be unfinished business—so hit the brakes.

If they’ve ever cheated.
Finding out how someone behaved in previous relationships is a good way to figure out the kind of partner they’ll be to you. Having said that, people do and can change as they grow older and wiser; but if they’ve consistently cheated on past partners or been abusive, it’s likely they’ll repeat the same patterns again with you.

It’s not rude to ask questions about these things, and if someone is genuinely interested in you, they’ll have no problem answering them honestly to reassure you.

Family relationships.
If someone has a really toxic or strained relationship with their immediate family, you need to know about it, so be sure to ask about their family. Because whatever is making them unhappy and causing them stress, will eventually make its way to you, the deeper you get into the relationship. The best way to think about it is, Would I be happy with my partner’s family becoming my family one day? Because that’s a possibility, and there’ll be no escaping the drama by that point.

Sex.
It’s important to talk about sex because you might be on different pages when it comes to getting physical. There are certain people who still want to wait until they get married before having sex, while others will struggle to wait more than a month to do it.

Being exclusive is a fun and exciting step in a relationship, but if you’re invested and want things to move forward in a good direction it’s great to know a few things first. And having open, honest communication from the start of your relationship will set you up to be successful in more ways than you can count.

Relationship Stages Exclusive Relationships: How To Figure Out If You’re Ready For The ‘Big Talk’