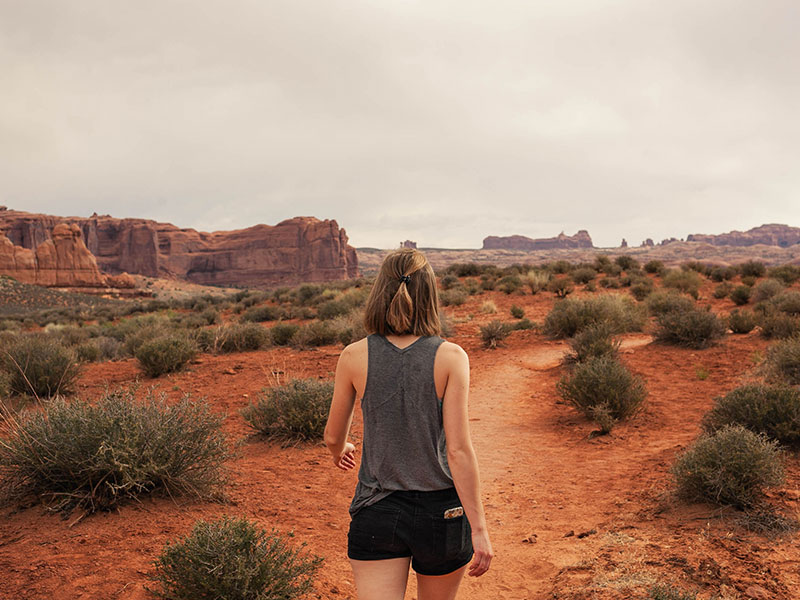 The break up hurts and you want nothing more than to move on. You spring to a new partner, job, place, but you still feel like your ex is with you. You’re scared to move forward. You’ve had your hopes dashed before, which means it can happen again, right? If you’re feeling this way, you’re holding onto something painful and it’s time to work on letting it go.

Letting go of the past can feel like giving up some vital part of yourself, but it’s not. It’s about freeing yourself from the burden of past hurt and opening yourself up for new beginnings. This collection of over 50 letting go quotes will guide and inspire you to let go, so you can reach for a better and brighter future.

Quotes about letting go and moving on:

Suffering is not holding you. You are holding suffering. When you become good at the art of letting sufferings go, then you’ll come to realize how unnecessary it was for you to drag those burdens around with you. You’ll see that no one else other than you was responsible. The truth is that existence wants your life to become a festival.
– Osho

There’s an important difference between giving up and letting go.
– Jessica Hatchigan

Letting go doesn’t mean that you don’t care about someone anymore. It’s just realizing that the only person you really have control over is yourself.
– Deborah Reber

She can’t say to herself that it is really over, even though anyone else would say it was over, since he has moved to another city, hasn’t been in touch with her in more than a year, and is married to another woman.
– Lydia Davis

Even bad times have good things in them to make you feel alive.
– Nick Hornby

Pain will leave you, when you let go.
– Jeremy Aldana

What’s the greater risk? Letting go of what people think – or letting go of how I feel, what I believe, and who I am?
– Brené Brown

So many people enter and leave your life! Hundreds of thousands of people! You have to keep the door open so they can come in! But it also means you have to let them go!
– Jonathan Safran Foer

To let go does not mean to get rid of. To let go means to let be. When we let be with compassion, things come and go on their own.
– Jack Kornfield

I let go. Lost in oblivion. Dark and silent and complete. I found freedom. Losing all hope was freedom.
– Chuck Palahniuk

When one door closes, another opens; but we often look so long and so regretfully upon the closed door that we do not see the one which has opened for us.
– Alexander Graham Bell

I think that the power is the principle. The principle of moving forward, as though you have the confidence to move forward, eventually gives you confidence when you look back and see what you’ve done.
– Robert Downey Jr.

Forgive the past. It is over. Learn from it and let go. People are constantly changing and growing. Do not cling to a limited, disconnected, negative image of a person in the past. See that person now. Your relationship is always alive and changing.
– Brian L. Weiss

I demolish my bridges behind me…then there is no choice but to move forward.
– Fridtjof Nansen

Anything I cannot transform into something marvelous, I let go.
– Anais Nin

People have a hard time letting go of their suffering. Out of a fear of the unknown, they prefer suffering that is familiar.
– Thich Nhat Hanh

Learning to let go should be learned before learning to get. Life should be touched, not strangled. You’ve got to relax, let it happen at times, and at others move forward with it.
– Ray Bradbury

Let things go. Release them. Detach yourself from them. Stop turning on your emotional television to watch the same program over and over again, the one that shows how much you suffered from a certain loss: that is only poisoning you, nothing else.
– Paulo Coelho

Sooner or later we’ve all got to let go of our past.
– Dan Brown

I realize there’s something incredibly honest about trees in winter, how they’re experts at letting things go.
—Jeffrey McDaniel

In the process of letting go, you will lose many things from the past, but you will find yourself.
– Deepak Chopra

The most difficult aspect of moving on is accepting that the other person already did.
—Faraaz Kazi

Letting go of someone we love is the hardest thing we will ever do. Some people never surrender to love for the fear of being hurt. But to not have loved, to not have felt the immense joy it brings, would have been a far worse kind of death.
– Goldie Hawn

When we go back in to the past and rake up all the troubles we’ve had, we end up reeling and staggering through life. Stability and peace of mind come by living in the moment.
– Pam W. Vredevelt

Sometimes being a friend means mastering the art of timing. There is a time for silence. A time to let go and allow people to hurl themselves into their own destiny. And a time to prepare to pick up the pieces when it’s all over.
– Octavia Butler

There’s a trick to the Graceful Exit. It begins with the vision to recognize when a job, a life stage, a relationship is over – and to let go. It means leaving what’s over without denying its value.
– Ellen Goodman

Given the choice between the experience of pain and nothing, I would choose pain.
– William Faulkner

Renew, release, let go. Yesterday’s gone. There’s nothing you can do to bring it back. You can’t “should’ve” done something. You can only DO something. Renew yourself. Release that attachment. Today is a new day!
– Steve Maraboli

It is only through labor and painful effort, by grim energy and resolute courage, that we move on to better things.
– Theodore Roosevelt

The thing everyone should realize is that the key to happiness is being happy by yourself and for yourself.
– Ellen Degeneres

You are never stronger than when you land on the other side of despair.
– Zadie Smith

I think that what I have been truly searching for as a person, as a writer, as a thinker, as a daughter, is freedom. That is my mission. A sense of liberty, the liberty that comes not only from self-awareness but also from letting go of many things. Many things that weigh us down.
– Jhumpa Lahiri

There was a time when I thought I loved my first wife more than life itself. But now I hate her guts. I do. How do you explain that? What happened to that love? What happened to it, is what I’d like to know. I wish someone could tell me.
– Raymond Carver

It is by giving the freedom to the other, that is by letting go, we gain our own freedom back.
– Aleksandra Ninkovic

Some people believe holding on and hanging in there are signs of great strength. However, there are times when it takes much more strength to know when to let go and then do it.
– Ann Lander

The truth was, he now belonged only to my past, and it was time I begin to accept it, as much as it hurt to do so.
– Tammara Webber

Letting go may sound so simple, but rarely is it a one-time thing. Just keep letting go, until one day it’s gone for good.
– Eleanor Brownn

Nothing in the universe can stop you from letting go and starting over.
– Guy Finley

The heart will break, but broken live on.
– Lord Byron

She took a step and didn’t want to take any more, but she did.
– Markus Zusak

I want to be able to be alone, to find it nourishing, not just a waiting.
– Susan Sontag

Listen, I’m going to give you some advice, not because I think you need it, but because I feel like I’ve earned it. The right, I mean. To give advice. Here it is: don’t hold onto things. It’s a problem the men in my family have. It’s taken me a long time to figure this out. Me, my father, my grandfather, we collect things. We collect miseries. It’s what we do. But sometimes the best thing to do is to just let things go. To let them pass.
– Joe Meno

Look closely at the present you are constructing: it should look like the future you’re dreaming.
– Alice Walker

This is what happens. You put it away for a little while, and now and again you look in the closet for something else and you remember, and you think, soon. Then it becomes something that is just there, in the closet, and other things get crowded in front of it and on top of it and finally you don’t think about it at all.
The thing that was your bright treasure. You don’t think about it. A loss you could not contemplate at one time, and now it becomes something you can barely remember.
This is what happens.
– Alice Munro 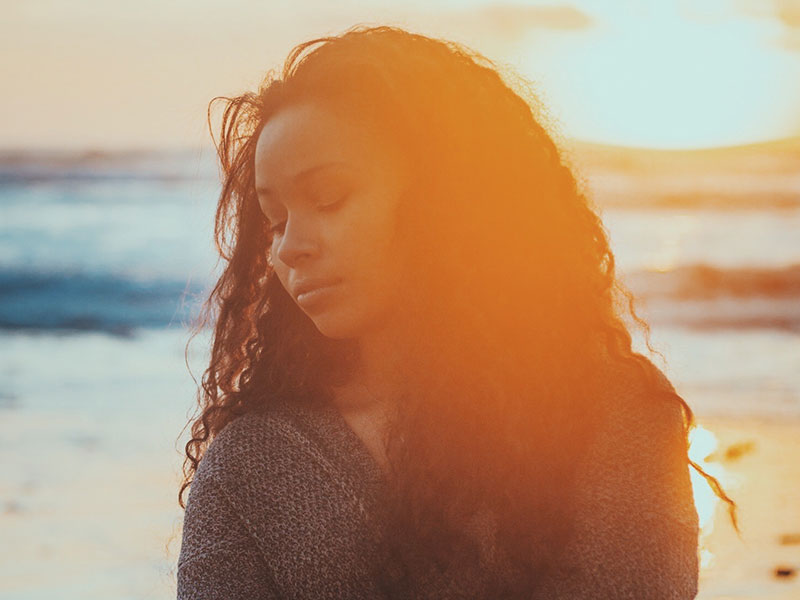 Quotes Moving On Quotes: 50+ Quotes About Moving On & Letting Go 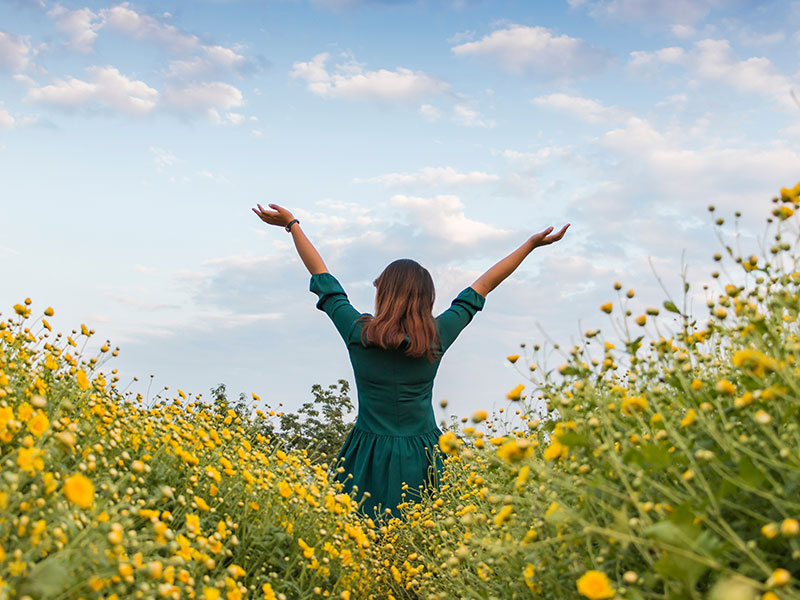 Quotes Moving Forward Quotes: 50+ Quotes About Moving On in Life

Quotes The Best Moving On Quotes: Relationships And Walking Away 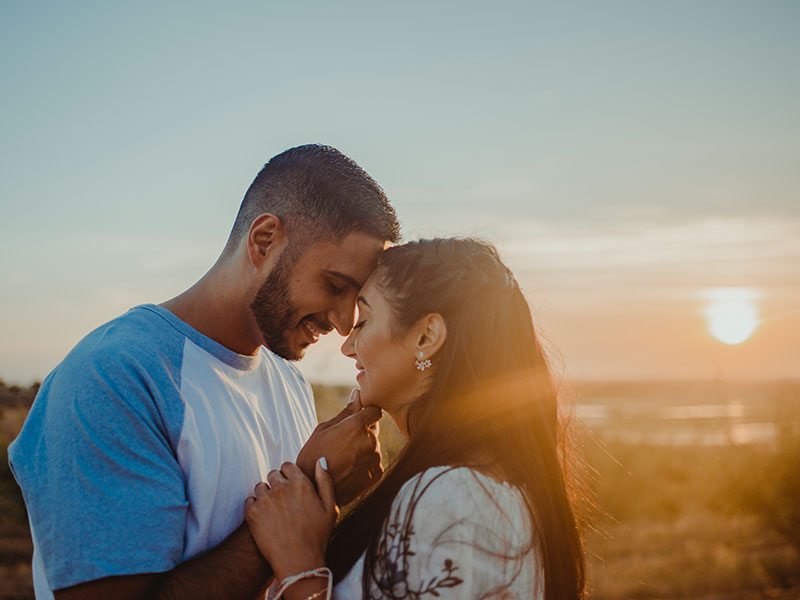