Bieber is Hooking Up With a Kardashian 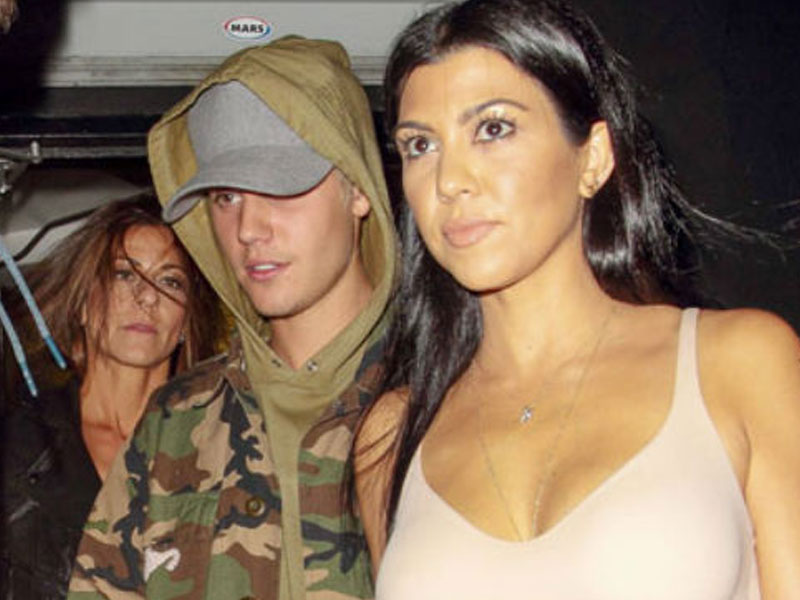 Having Fun: Justin Bieber was reportedly “inseparable”from Kourtney Kardashian on Dec. 11. The pair was spotted getting “cozy” at The Nice Guy in West Hollywood, where Bieber performed two songs. “He and Kourtney were nearly inseparable – smoking on the patio together and were super touchy feely,” a source tells People Magazine. They kept the night going by hitting up another hotspot afterwards. And it looks like the Biebs won’t be asking Kardashian, “What do you mean” anytime soon. According to People, their hooking up is merely an “ego boost” for the singer. “He has had a huge ego boost from hooking up with Kourt. It’s been going on for a few months,” a source tells the magazine. “He is used to being swooned by young girls that have nothing else going on. Kourt is a hot mom with a career.”

New Couple: Just three months after filing for divorce, Kaley Cuoco is moving onto another man. Sources reveal to US Weekly that The Big Bang Theory star is dating a fellow television thespian Paul Blackthorne from the CW’s Arrow. “It’s new, but she’s really excited about it,” says an insider. Sources say their mutual love of animals was a sweet spot for the stars. So much so that Cuoco Instagrammed a pic supporting the British actor’s animal conservation charity by posing in a T-shirt for the cause. “Kaley’s doing great post-divorce,” adds the source. Seems like it!

Not A Couple: Sorry Royal watchers! Recent tabloid fodder suggesting Prince Harry is dating his sister-in-law’s sister, Pippa Middleton, is not true. Despite evident chemistry at their respective siblings’ wedding and headlines proclaiming they were caught “snogging” by Will and Kate, these two are not together and never have been. “The Royals are a fairytale, and the readers want stories like this to be true so much that they do believe them,” Jo Piazza, a former tabloid magazine editor and author of the book Celebrity Inc, told The Daily Beast. The palace has refused to comment on the story in fear of adding fuel to the fire, and because, well, it just doesn’t deserve a response. So, there you have it: no ginger haired children for Pippa.

Saying Good Bye: Downton Abbey star Michelle Dockery’s fiancé, John Dineen, passed away this week from a rare form of cancer. His funeral was held in Cork, Ireland on Wednesday where the actress delivered an emotional eulogy. According to the Irish Independent, Dockery described John as “proverbially tall, dark and handsome”, as well as deeply intelligent and caring. “John was a man of great depth and integrity. Whether in his work or his personal life John was extremely loyal. It was clear that when John was in your corner he was there. I was honored to know John. To love him and be loved by him. He was my friend, my King, my hero, my everything. We celebrate him, we honor him, and we will miss him.” Dockery was introduced to Dineen by her co-star, Allan Leech, in 2013 and the couple was engaged earlier this year.

New Addition: We are pretty sure Dwayne “The Rock” Johnson is singing “rock-a-bye-baby” to his new daughter, who was born on Dec. 16. The wrestler-turned-actor and his girlfriend Lauren Hashian are doing fine. An insider says the proud dad is thrilled for mom and baby to both be doing so well, and that both parents are said to be beyond happy for this next chapter in their lives. Johnson is also a father to 14-year-old daughter, Simone. The action star couldn’t help but gush about his family to Esquire this past summer. “I’ve lived with my longtime girlfriend, Lauren Hashian, going on, like, eight, nine years now,” he said. “We spend a lot of time with my daughter in Florida, Simone…We do these stories and we talk so much about the business end, the success end, but then Lauren isn’t mentioned and my daughter isn’t mentioned. I always like making sure we find the balance and my home life is in there and Lauren Hashian is in there and my daughter is in there.”

Dating Advice The Definition of a Hookup: What Does Hooking Up Really Mean?