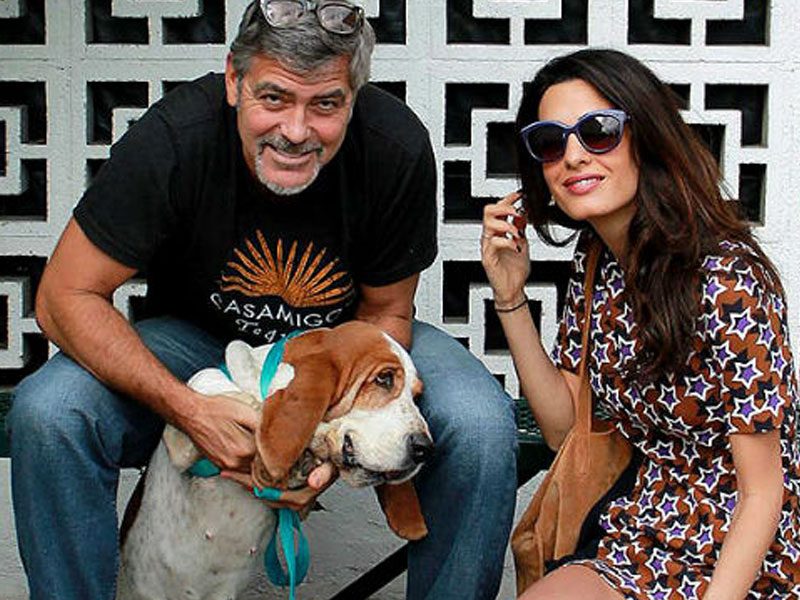 Proud Parents: George and Amal Clooney are hearing the pitter patter of tiny…paws. The couple, who just celebrated their first wedding anniversary in September, adopted a 4-year-old shelter pup named Millie earlier this week. The Clooneys rescued their newest addition from California’s San Gabriel Valley Humane Society. “Millie found her forever home and the Clooneys have a new best friend,” Jennifer Clarke, the shelter’s social media coordinator, tells People Magazine. “They all left together as one big happy family!” Millie joins “adopted” brothers, a pair of cocker spaniels named Louie and Einstein. Congrats to the couple!

Easy Breakup: Say it ain’t so! One of Hollywood’s favorite young couples have called it quits…again. Emma Stone and Andrew Garfield apparently broke up over a month ago — and this time, it looks like the separation will stick. The couple had taken a break earlier this year from dating after finding a long-distance relationship just wasn’t working for them, but, much to our delight, got back together last August. Though it wasn’t meant to be for the actors, they remain friends. A source tells People Magazine: “There was no drama, they’ve been apart while working. They still care about each other. They still have love for one another. They are on good terms with each other and remain close.”

Totally In Love: Looks like Derek Jeter has scored once again. The former Yankees shortstop popped the question to longtime girlfriend, Hannah Davis, on their third-year anniversary and she said yes! The notorious bachelor — he’s been linked to Minka Kelly, Vanessa Lachey, Jordana Brewster, Mariah Carey, and many more — clicks with Davis “because they are both supportive and sweet to each other,” the source tells Us Magazine. “They almost never fight.” Davis’s good looks don’t hurt, either. Derek is totally in love with her,” Us Weekly’s insider explains. “He thinks she’s beautiful, sweet, and sexy! All of Derek’s friends are jealous that his fiancée is so beautiful.” Congrats to the happy couple!

Backstreet Baby: Former Backstreet Boy — and ’90s heartthrob — Nick Carter is about to become a dad. The singer’s wife, Lauren Kitt, a fitness pro, is reportedly four months pregnant with their first child. “They are so happy and overjoyed,” the insider tells Us Magazine of the parents-to-be. “They’ve been trying and waiting for such a long time.” The couple were married in 2014 and apparently sealed their marriage with the longest kiss ever. “They shared the longest wedding kiss I’ve ever seen,” an eyewitness told Us at the time. “A full minute later they were still kissing. They seem crazy in love and thrilled to be married. You could feel the love bursting out of them.” Seems like they’ll make great parents! Here’s hoping the little one can belt out a tune like his or her dad.

Divorced Again: Halle Berry and Oliver Martinez filed dueling petitions for divorce this week — just in case there was any question that they might remain together. Berry initially filed first under a pseudonym, and then filed a second time using her real name. “She filed first, but she didn’t draw attention to it,” a source tells People Magazine. “Halle filed under fake names to protect both them and their kids.” Both filed for joint custody of their two-year-old son, Maceo. “She wants to share custody and she is being so amicable,” the source close to Berry says. However, Martinez is known to have a severe temper, which could work against him. At any rate, we wish these two the best — and a quick and easy divorce. 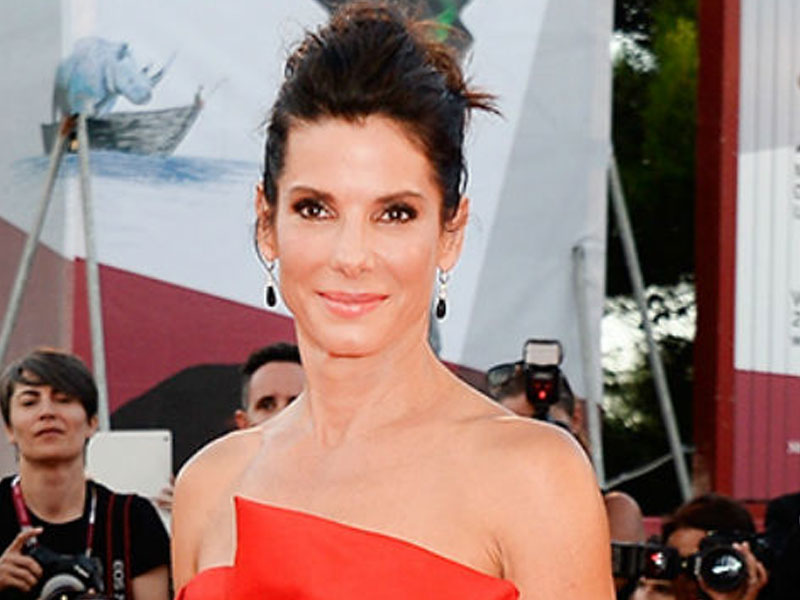