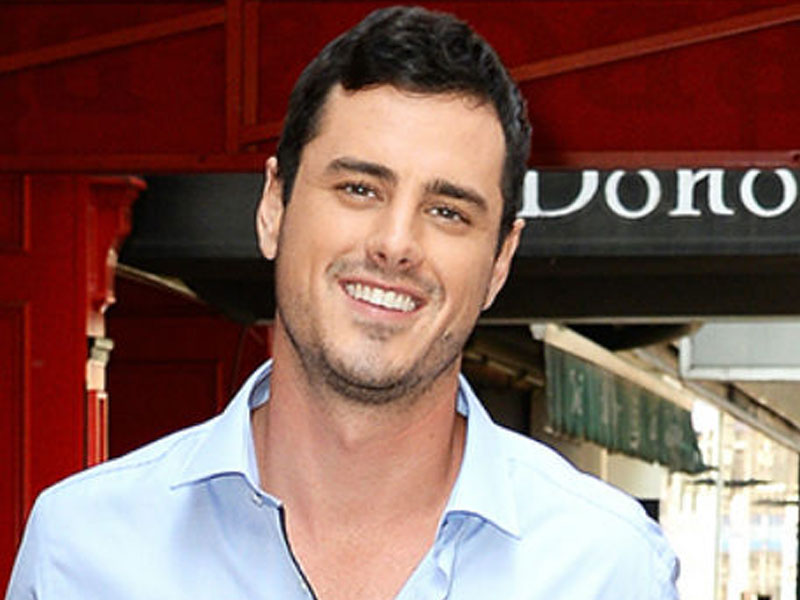 New Bachelor: Ladies, meet your new Bachelor: Ben Higgins! The former Bachelorette contestant was announced as the new Bachelor earlier this week, and it seems that the handsome software salesman is pretty excited about his new gig. “I think opportunities like this don’t happen to people like me,” Higgins said on GMA. “Last night, when I was flying here, was my first time in a first-class lounge. I had no idea those things existed. I just really want to take the opportunity to do this. I think you can’t pass up on that.” Higgins also mentioned that he learned a lot from his season as one of Kaitlyn Bristowe’s runner-ups. “I think you have to just try to be true to yourself, fair to the people involved,” Higgins said. “I think Kaitlyn did that to the best of her ability… I think Kaitlyn and I have different personalities and different things that we look for, obviously, she’s with one of my best friends now, but, you know, I think I did learn a lot from Kaitlyn.”

Love After Loss: Lea Michele is sharing how she found new love after the death of her boyfriend and Glee co-star, Cory Monteith. “I wanted to make sure that I was okay with me, feeling strong and feeling happy on my own,” Michele told FLARE magazine in an interview for its October issue. Monteith died of a drug overdose in 2013, and nearly a year later, Michele was able to open her heart again when she started dating her boyfriend, Matthew Paetz. “I worked very, very hard and I got back to that place where I was genuinely happy and strong and ready to live again and see the world, and you know, bring in more beautiful experiences,” she said. “And that’s when someone miraculously came into my life.”

New Love: Love isn’t just a tennis term when it comes to Serena Williams and Drake. The new couple, who was recently spotted making out in a Cincinnati restaurant, are “heating up,” says a source to E! News. “And all of Serena’s friends approve of the pair.” The source also adds that the stars are trying to keep their budding relationship under wraps — so don’t look for these two to play a match of doubles anytime soon. “They are both private people when it comes to their personal lives,” a pal shared. However, it seems like this could be the real thing for these two game-changers. “Drake has always had a huge crush on Serena, so he is on cloud nine and will continue to court her as much as he can.” (We’re sure that pun was definitely intended.)

Showing Support: New parents, Justin Timberlake and Jessica Biel, stepped out for the first time publicly since the birth of their son, Silas — at a Taylor Swift concert, no less! Timberlake joined Swift onstage at her concert at the Staples Center in L.A. on Wednesday to sing his hit song, “Mirrors.” Biel was joined by her mother, Kimberly, as she watched her husband perform (and make all the ladies swoon). “Jessica was clapping a ton and singing along to Justin’s performance. She was clearly loving it!” a source tells US Magazine. “She left shortly after Justin’s performance.” Well, she is a new mother, after all.

New Nest: Brad Pitt and Angelina Jolie are shacking up again. This time, the globe-trotting couple has their sights set on London. A source told Us Weekly: “They’re house hunting in London. Angie wants to slowly immerse herself in E.U. politics.” As a busy goodwill ambassador to the U.N., the move would be a smart one for Jolie. However, the couple, who are parents to six children, is also being practical when it comes to relocating. They’re interested in a $39 million mansion but “It’s a huge investment,” says the source. “Neither of them wants to throw down that amount of cash.” See? Even stars have to consider their mortgage payments.