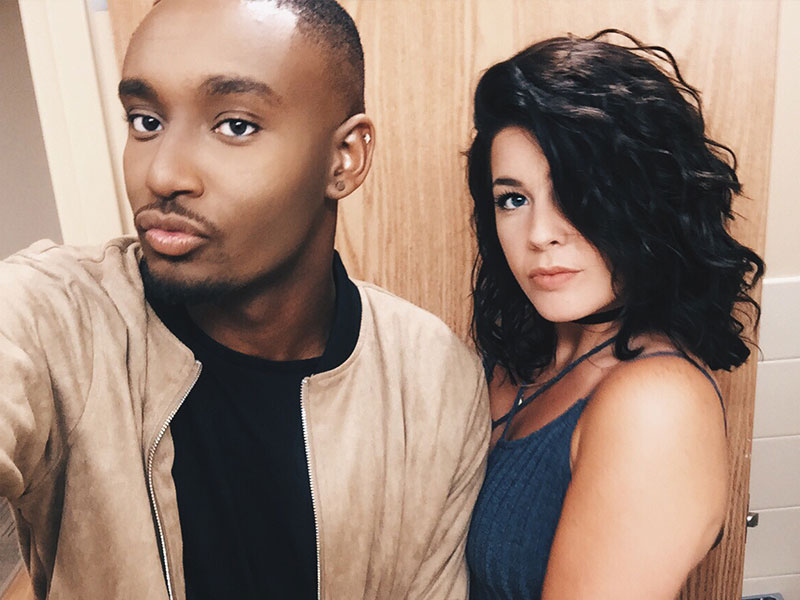 Trying to be a wingman for your guy friends is an art in making him look good. But winging for a girl (emphasis on the space) friend is something entirely different. So how do you become an amazing wingman for your female friends?

It’s easy, but there are a few things you should be aware of to do it right.

First (and this should go without saying, but I’m going to say it anyway) make sure you’re not romantically interested in her. Being a wingman isn’t a good idea if you’re in an uncertain friendship that could go the way of romantic relationship at any moment. It’s for friendships that have stood the test of time and are comfortably platonic. There’s no room for emotional ambiguity when it comes to being a wingman for a gal pal.

With that out of the way, here are a few tips for helping your female friends get the guy:

1. Make sure the guy knows you’re in the friend zone.
You and your friend may know where you guys stand, but to the guy she’s interested in, it may not be as obvious. If you can, make it clear that you two are platonic and nothing else. Anything that’s considered the kiss of death when you’re on a romantic date is going to work in your favor now that you want to be in the friend zone. A friendly pat on the shoulder might help. Or, better yet, even a friendly punch to the shoulder.

If it’s the bartender that she’s eyeballing, strike up a conversation while getting drinks and make sure to use the word friend often (i.e. “My friend loves gin and tonics.”)

2. Make sure she’s on the same page.
The first thing about being a wingman for a lady friend (or anyone) is making sure you know their taste and who they’re interested in. It might just be that you guys are out for a good time and she’s there for the conversation, the friendship, and nothing else. But if she’s looking to meet someone and you’re there to assist, know who she’s into and how far she wants to go. Is she just looking for a name and a number to text later, or something more? Ask her if she thinks someone is cute and if she wants some help breaking the ice.

3. Do some intel for her.
Just because she’s into him after a short convo doesn’t mean she knows everything. Help her out by talking to the guy and getting some more information on him. Your conversation should be friendly and light but also take note of anything that might be a turnoff, or a turn on, for her. Also, anything that could help her keep the conversation going (Turns out he went to your same college) or that stands out to you as a guy friend (The man knows his basketball) is helpful too. After years of jokes and conversations, you’ll be somewhat familiar with what your friend is looking for in a guy. But more importantly, you want what’s best for her.

4. Give her confidence and encouragement.
Being a wingman for guys is about hyping up their confidence. That sentiment is the same for women. Little words of encouragement (You got this!) go a long way, especially when people are uncertain.

And while you’re in the scene, you’re not as emotionally invested since you’re not the one flirting. That gives you a bird’s eye view of all the small things that are happening. (Not to mention you’re a guy and can give her a male’s perspective on how things are going.) If the guy she’s into is flirting back, send her a text letting her know.

6. Be ready to bail.
Being there for a friend, regardless of their sex, means helping them in a time of need. If the conversation isn’t flowing or she needs to escape from someone who’s getting too friendly or who’s just being annoying, you’re there as an out.

On the flip side, it may be that things are going really well and you should be a good friend by leaving them alone for a bit. This doesn’t mean you have to ditch her and go somewhere else. But give her and the guy a chance to talk and interact without a third wheel.

More than being there to help her find someone, you’re there to support her as a reliable friend. You’re out to have fun and be together but if she’s looking around, you’re there to help. Sometimes that’s just by egging her on or teasing her into going to say hi to someone, other times it’s talking her up or being around when she says it’s time to get outta dodge. Either way, enjoy your time and have fun helping each other out. If she’s a good friend, you know she’ll have your back when you need a little help meeting someone too.

Calvin focuses on relationships and people when he writes. He’s given advice since high school when he told his friends what song they should send to people they like.