What Women Want In A Relationship For Real Romantic comedies would have you believe that women want an attractive man who is physically fit, dresses nicely, has a good job, makes a lot of money, buys her gifts, and drives an expensive car. But life is not a romantic comedy. In reality, while those things are nice to have, they’re not the most important qualities women look for in a man—by a longshot. Read on to find out what women really want.

The Truth Behind What Women Want in a Relationship

Open communication is the foundation of a healthy relationship. It starts with giving your partner a safe space to talk about their emotions. That isn’t always easy for some men, but it is what women want. “Let your partner know that you are there for them,” Barton Goldsmith, Ph.D., writes on Psychology Today. “Once your partner knows they will not be judged for being emotional, and that their words will not be used against them, they will be more open to sharing their deeper feelings.”

The more comfortable you feel being emotional, the more open your communication becomes, which leads to less confusion and misunderstandings and deeper connection.

We know we said looks don’t matter, and we stand by that. But good looks are different from good chemistry, and women want the latter. Attraction can start with looks, but looks will only get you so far. A strong attraction is based on more concrete things like shared values, interests, perspectives, and goals. It’s exciting to wake up every day and feel a strong attraction to your partner, and women want to feel that connection long after the initial spark.

Emotional maturity is not a guarantee that comes with age; it’s something that individuals and couples work hard to achieve and maintain. Some men (and women) are emotionally immature (and might not realize it), and it’s a huge turnoff for women. “Emotional immaturity can reflect a lack of depth and understanding about one’s own emotions, inability to communicate and process things related to the relationship, as well as lack of empathy and ability to understand your partner’s emotional experiences,” couples counselor and dating coach Samantha Burns tells Bustle.

If you want to get (and keep) the girl, you have to learn to communicate, be respectful, and take responsibility for your actions.

Women don’t want to be lied to or have their time wasted. They want to be with someone where the trust is so strong, they hardly think about it, because they’re confident their partner will never break it. If their partner does break their trust, they want to hear the truth, even if it hurts.

If you break a woman’s trust, it’s difficult to recover and go back to the way things were. The best thing you can do is be open and honest about everything. We’re not saying you have to share every single thought or that you can’t have privacy; we’re saying when it comes to matters of the relationship, acting with honesty and integrity is always the best policy.

When women talk about the future, it’s less about reaching milestones and more about being on the same page as their partner. Not all women want to settle down, get married, and have kids. Some have visions of buying a home, rising through the ranks in their career, or traveling the world.

Whatever their goals, women want a partner who supports theirs, has compatible ones, and shares their vision of the future. That could mean having children, becoming the CEO of a Fortune 500 company, or neither, or both.

Someone who will fight for the relationship

Serious relationships are hard work. Even the happiest, most solid couples argue and disagree with each other. Women want to be with a man they can fight comfortably with—someone they know won’t give up on the relationship, and someone they know will still be there after an argument is over. A good man knows what he has and prioritizes taking care of it. When a man values your relationship enough to fight for it and fight through it, you’ve found a keeper. 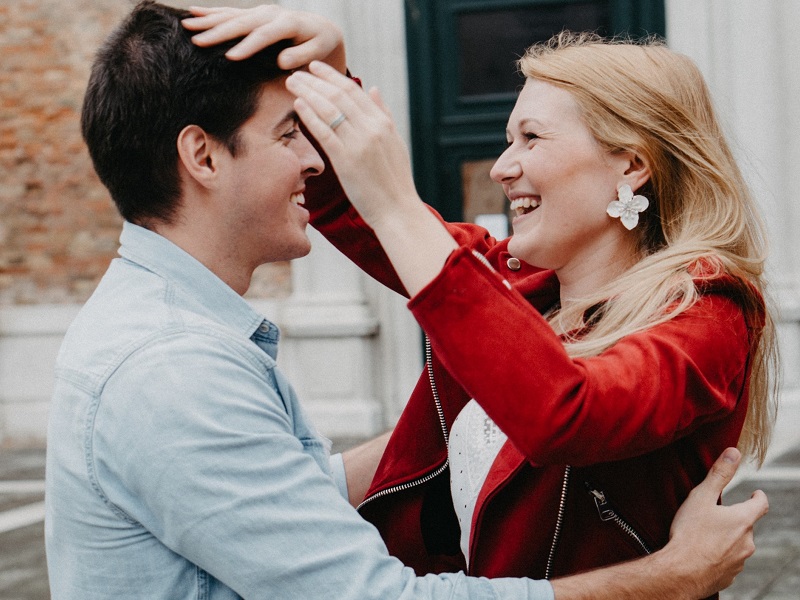