Everyone always romanticizes the early days of a relationship: the meet-cutes, the one-liners, the awkwardly adorable mistakes that you may make with each other, the first time getting intimate..all these tender early moments.

While the honeymoon stage is very real, there’s also a downside to the early stages of relationships in that neither of you know where things are going. This can lead to anxiety and out-of-character behavior that stems from that fear or uncertainty. There’s also the concern that you may turn a potential match away before they’ve really gotten a chance to know you.

It’s tough to know how to treat someone romantically when you’re just getting to know them, and to woo them without being braggadocios. Here is some new relationship advice that women wish guys knew when it comes to new relationships.

Give her room to maintain interest in you

There’s this idea among experts that women need “room” to love someone. If a woman goes on a date and she doesn’t hear from the guy or he doesn’t make plans for a second date immediately, she probably will quickly lose interest because she won’t see their relationship as an option.

Whereas, if you’re in a new relationship and you make plans a month away to see a concert together, she allows herself to be much more interested in you, because she has less fear that things won’t pan out.

Of course, this new relationship advice isn’t an excuse to make far-in-the-future plans with someone solely in the hopes that they’ll maintain interest in you. Instead, remember this when communicating with a woman in the early stages of dating.

Make sure that after every date, you make plans or at least lightly suggest plans for a next date. If you leave her waiting, she may assume you’re not interested and, to quell her negative emotions, get right back on that dating app and meet someone new.

If you ask women their number one frustration with dating, it’s likely that men can be over-the-top romantic and attentive in the early stages, and then their behavior suddenly shifts. This leaves women wondering if they did something wrong or if their partner has found someone new that they’re more interested in.

Of course, it’s natural to want to text someone or be intimate with someone more often in the early stages of a relationship because things feel more exciting. However, you’d be surprised how much more harmonious your relationships can be if you take this piece of new relationship advice: keep things consistent.

If you were texting your partner every day in the early stages, maintain this later on, even if it’s a simple “good morning” text (and even if you have to set a reminder to do it). If you once took your girlfriend out to a new restaurant in the city each week, don’t suddenly revert to ordering takeout and watching Netflix on date nights instead.

Alternately, if you are the type of guy who hates going out to fancy dinners, tell your dates this information up front instead of trying to impress them early on with behavior that isn’t true to how you are and how you will likely be once you get past the new relationship stage.

It’s true that many women love men that are responsible, successful, and smart. But believe it or not, most women can figure out if a man they’re on a date with has these qualities without him mentioning where he went to college or how much money is in his bank account. In fact, sometimes a woman may assume that a man who brags about something like his wealth may be overcompensating for his other negative qualities.

Instead of telling a woman that you exhibit the qualities she wants in a partner, show her. For example, instead of bragging about your five-star vacation to Greece last summer, ask if she’d like to book a fancy staycation together for a fun date idea.

Instead of mentioning your SAT score, recommend a great book that she may like or offer to help her solve a problem she’s dealing with at work. Instead of recounting how many women have said you’re the “best they’ve ever had,” give her a sexual performance she’ll remember after learning what she in particular loves in bed.

When we go on dates, we tend to want to hide our perceived flaws and highlight our perceived strengths. Similarly, there are other topics we tend to avoid in the early stages of dating such as our stance on having children, our history or views on cheating, and anything to do with sex.

While it’s understandable that you don’t want to recite your sexual history on a second date, it can be a mistake to continue avoiding these topics as your relationship grows more serious, because it will be even more difficult to bring up.

Try as early as possible to be honest with your partner about your likes, dislikes, expectations, and boundaries. The sooner that honesty becomes a constant in your relationship, the better your relationship will be as it progresses. Because at the end of the day, that “little” thing your new partner does that annoys you is only going to annoy you more as you continue dating. It’s always better to address things early, but of course in the nicest way possible.

Women you date don’t automatically assume that you love sports and beer, right? So, don’t assume that every woman will go goo-goo over cute baby pics or shopping sprees. Instead of trying to impress her with things that other women you’ve dated loved, find out what she loves and plan a romantic gesture that’s personal and special.

And while I don’t think it’s horrible to mention your ex with a new partner, you never, ever want to compare them (even if it’s a comparison that reflects your new partner positively). Instead, find out what she likes. And when she tells you she doesn’t like something, listen.

Figure out her love language

Want to know an easy way to find out what kinds of things will make your new partner feel really special? Find out their love language. It’s as simple as just asking her. If she doesn’t know, you can take the quiz together as a fun date activity.

Buying your girlfriend an expensive necklace might seem like the most romantic thing in the world, but if her love language is quality time and you’re giving her the necklace to make up for being busy with work lately, it might not mean as much as you’d hoped.

Ask your partner what kind of pace she’s comfortable with

A common assumption that many men make about women is that all women are looking to move quickly in relationships, get married, and have children. But, as any recent data will tell you, this isn’t the case.

You may assume that acting like a woman’s boyfriend on the second date will make her happy, but it could backfire and make her assume that you act this way with all women you meet on Tinder. She could also worry that your actions have ulterior motives and that your behavior will shift once you get intimate or once the “chase” is gone. More importantly, you should be open about what you feel comfortable with building a new relationship and go at a pace that works for both of you.

The biggest piece of new relationship advice I can give anyone when it comes to dating is to be honest because you can only pretend for so long. If you find that you’re not emotionally ready for a serious relationship, or you no longer see this new relationship as something you want to pursue exclusively, tell your partner sooner rather than later. 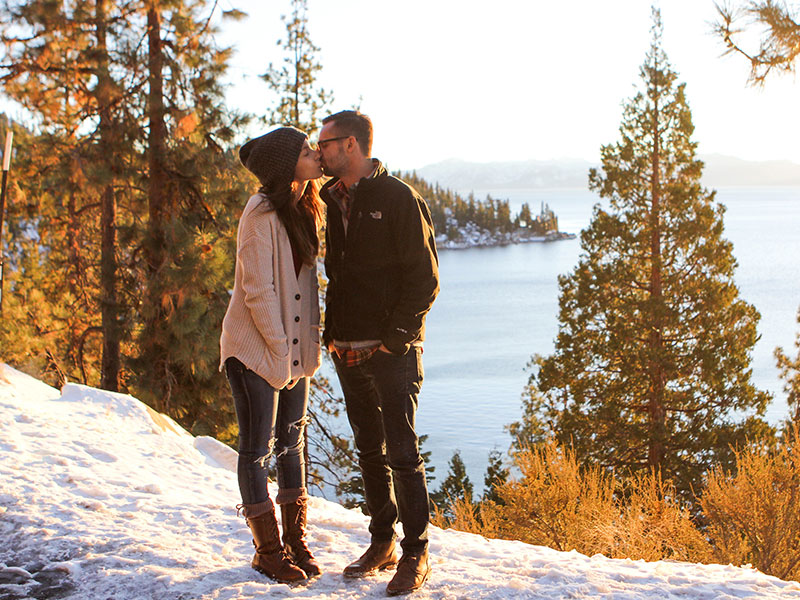 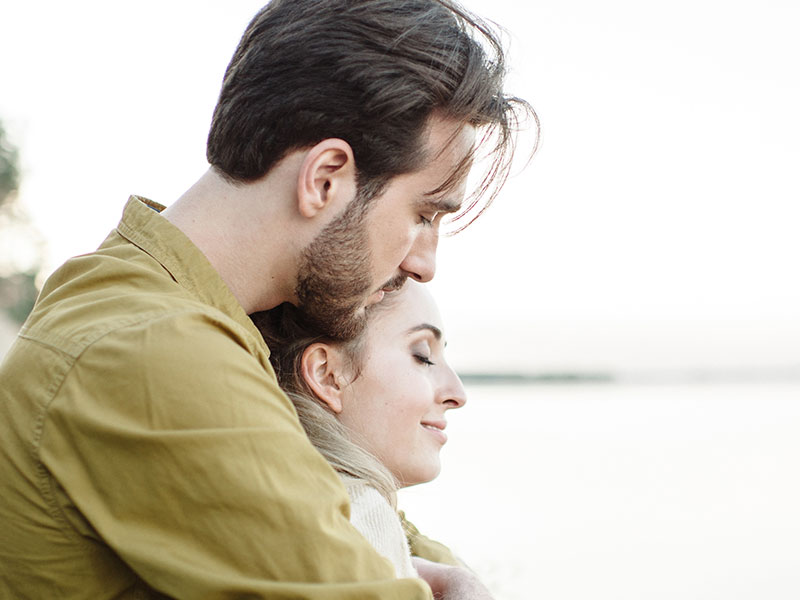 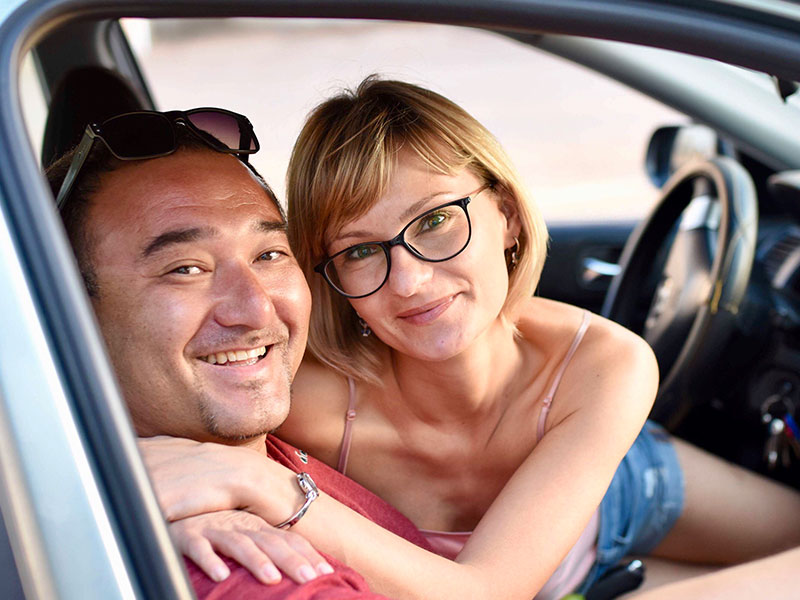