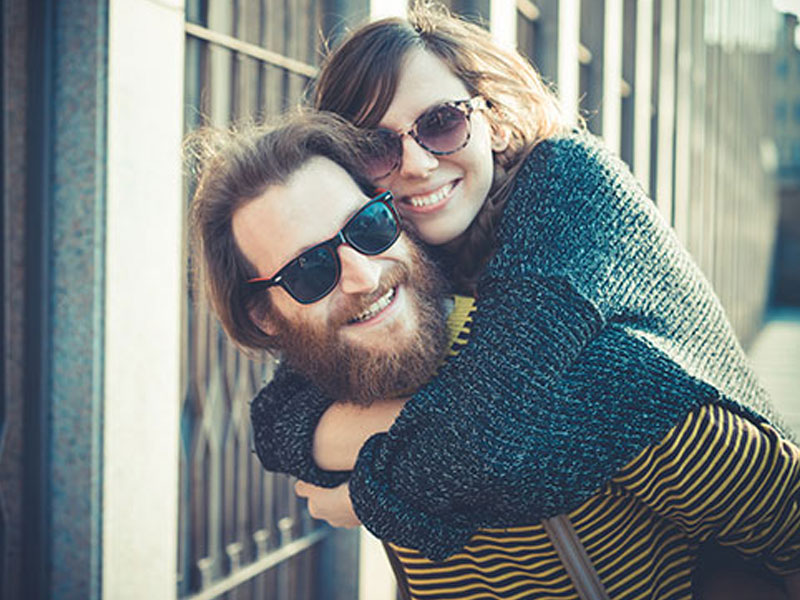 Nobody likes to have the “talk” – you know the one in which you ask the person who you’ve been dating for a while if he’s seeing anyone else. Asking “are we exclusive” can be awkward and uncomfortable for both parties. I remember the first time I had the “talk” with a guy I was dating. It went something like this:

Me: So…are you seeing anyone else?

Pretty romantic, huh? Clearly by the time we got to this clumsy convo, we were already exclusive. Most times there are some pretty noticeable clues that verify a relationship is committed and serious without having to say, “Um, are we exclusive?” I recruited Nicole McCance, a top relationship psychotherapist in Toronto, to help clarify what those signs are. According to McCance, you can answer the ‘are you exclusive’ question with a yes when:

1. You refer to each other as boyfriend/girlfriend in public and even change your Facebook statuses.

Sure, this is an obvious one, but acknowledging one’s relationship to each other, as well as to friends and family, is a very important and vital step in solidifying your coupledom without having the “talk.”

2. Someone hits on you and you immediately think of your partner’s reaction.

You’re at the local bar and a cutie starts hitting on you but the crazy thing is, you can’t play along because you’re only worried about your partner’s feelings being hurt. Yep, your relationship’s serious.

3. You are only having sex with each other.

Sex itself doesn’t indicate exclusivity, but when you start sleeping with only each other, you make doing the deed more passionate and meaningful a.k.a it’s serious between you two.

4. You both have taken your online dating profiles down.

Deleting your online dating account is pretty much taking yourself off the market, so when you have both taken that step then it’s a certainty that you only have eyes for each other. After talking to the popular online dating site Zoosk, I also learned that a lot of couples will actually call in together to take their accounts down when they’re ready to be exclusive.

5. You are making plans for a future together.

If you both are planning to take a vacation together in wine country next summer, or you refer to upcoming holidays using the pronoun “we” (e.g. “This Christmas, we’re going to your parents’ first…”), it’s safe to say you’re committed to each other.

6. You have met each other’s family.

This is pretty much the litmus test of relationships for many people because, well, think of the stress involved! Family time is sacred time for many, so, if you’ve hung out with each other’s families, it’s safe to say that you’re both taking the relationship very seriously.

7. You spend weekend nights with each other rather than with friends.

When you’d much rather stay in and snuggle while watching Netflix than hang at your favorite haunt with your buds…it’s serious.

8. You speak daily, not just through text.

As soon as texting, “What’s up?” no longer suffices, and you want to share more of your feelings and fears and secrets to your partner, and you genuinely care about their well-being on a daily basis, then you’re committed.

9. You keep personal items at each other’s place.

When you keep the essentials at their place – toothbrush, extra underwear, hairbrush – then not only is this a sign you’re going to see each other again, but probably again and again and again…

10. You have serious conversations about whether you want marriage and children one day.

Because, honestly, you just know. You feel comfortable with each other, you laugh a lot together, and you genuinely care for each other. Your relationship feels organic and real, and talking about serious plans doesn’t feel scary – it feels right.