Home > Dating Advice > 11 Creative Ideas for Romantic Things to Do

11 Creative Ideas for Romantic Things to Do 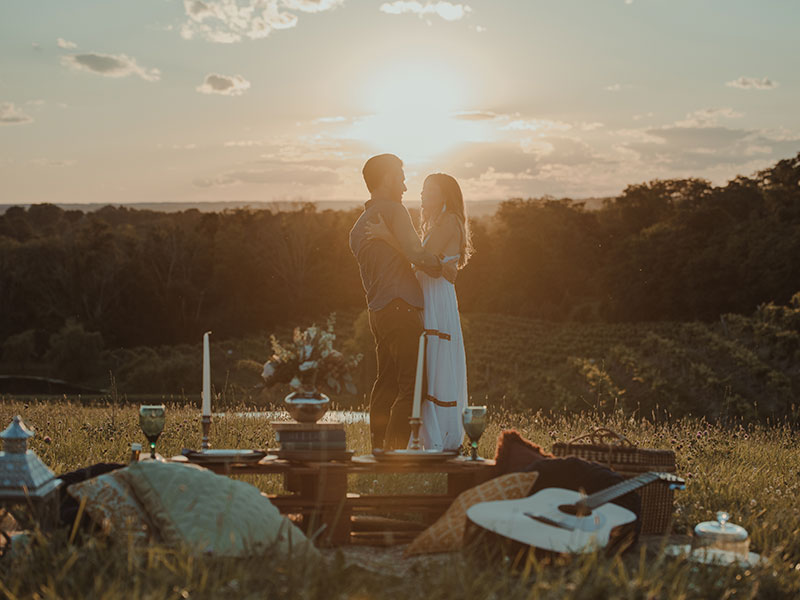 But before you get into that mindset, let us help you out a bit.

Fun, Affordable, and Super Romantic Things to Do

1. “Kidnap” them and take them somewhere special.
Plan something for a day when you know your love interest doesn’t have anything going on, tell them you have a fun date arranged, blindfold them, drive around to make sure they don’t know where you’re going, and then go to the location. This could be an activity you’ve always wanted to do together but haven’t had the chance to do yet or something simple that you do together all the time. The added mystery makes it more fun.

2. Look up the next meteor shower, then grab a blanket and bottle of wine.
Find out when the next meteor shower is forecast or when the next comet is going to go by, and head to a dark, open area where you can watch the show together and be alone. According to Thrillist, you’ve got about eight opportunities coming up this year. Or you could just go to the same spot on a clear Saturday night and look for shooting stars. Most importantly, don’t forget to complete the date with a blanket, bottle of wine (or a six-pack depending on your tastes), some snacks, and maybe even some music.

3. Have a sunset picnic.
This is definitely one of the best romantic things to do. So many couples have picnics during the day, so mix things up and plan a picnic for sunset instead. (According to a recent survey, sunsets are more romantic anyway.) You could do this at the beach, on the bank of a river or lake, in an open park, or anywhere else in your area that you know has a good view. Try to get there an hour before the sun actually sets, so you can enjoy dinner and drinks beforehand. Then just focus on each other and the scenery once the sun starts sinking.

4. Recreate your first or and old favorite date.
OK, this isn’t something you’ll want to do if you just met the person on a dating app or site. This is something you’ll want to do when you two have been together for at least six months. Relive your first date by doing everything exactly the same. He or she could pick you up like they did, and you could go to the same restaurant and try to get the same table. Order the same meal and do the same activity afterward. You can even wear similar clothes to what you wore so long ago. If your first date wasn’t the best, you could recreate the best date y’all have ever had together. All those new relationship feelings will come rushing back.

5. Create a playlist that represents your relationship.
People used to make mixtapes and CDs for their boyfriends and girlfriends all the time, but that died down when iPods and streaming music services launched. Depending on the type of person you’re seeing, you can bring it back if you want, or you can express the same sentiment by creating a playlist on a streaming music app like Spotify. They’ll be touched by the fact that you took the time to do this and that you remember all the songs that mean something to your relationship. This playlist could include the song you heard when you first kissed, the song you both know all the words to, the song he or she karaoked that one time at that one party, the song he or she listens to in the shower, and it goes on and on.

6. Make them something.
Think of a talent you have that involves creating, and use that talent to make your partner something special. If you’re a woodworker, you could make a small box for their keys because they’re always losing them. If you’re a painter, you could paint a picture of your favorite spot in town. If you’re an interior designer, you can create a spot in the house that can be the reading nook they’ve always wanted…  You get the idea. Anything that’s something they like or need will show that you pay attention to them and took the time to make something just for them.

7. Plan a rooftop dinner.
Alright, first we need to do the safety warning: You should only do this romantic gesture if your living space has a flat roof or, if you live in an apartment and are allowed on the roof. We don’t want you getting hurt or arrested. If this isn’t an option, you can always find a rooftop restaurant in your city or area—or put a table, chairs, candles, and string lights in your backyard. The point is that you’ll be doing something you do all the time (having dinner), but you’ll be doing it from a different perspective.

8. Write them a letter.
This sounds corny, but it doesn’t have to be. The letter could be something short like “Thinking of you” or “You make me so happy,” and you could stick it on the mirror before you leave for work. Or it could be something longer where you tell them all the things you love about them, and you could hide it under their pillow. We send dozens of emails and texts every day, so sending a sweet note electronically just doesn’t have as much impact as does an actual letter.

9. Play hooky together.
Look at your calendars and find a day when you both can call in sick to work (that won’t jeopardize a big project or your job). Spend the day doing whatever you want. You could stay in bed for hours, watching Netflix and eating junk food. You could go to the theater and see back-to-back movies. You could drive to the next town over, where you won’t be seen, and explore the shops, restaurants, and sights. It’s the ultimate day of freedom.

10. Do something they love, even if you don’t love it.
Relationships are about compromise, and one of the smallest compromises you can make is to participate in activities your partner likes but that you don’t. Take them to a musical, a Taylor Swift concert, ice skating, horseback riding, or whatever the case may be—even if you’re not a fan. What makes it sweet is that you’re doing it just for them.

11. Teach each other something.
Maybe your girlfriend knows how to play guitar, and you’ve always wanted to learn a Beatles’ song. Have her spend an afternoon teaching you some chords. Or maybe you’re really good at tennis. Take your partner to the park one day and show her how to serve, volley, and hit a forehand and backhand. You two aren’t trying to make each other equally passionate about your separate interests—you’re just sharing a bit more of who you are.

When it comes to romance, the key is not to overthink it too much. Whatever romantic things to do you decide on, if the gesture is coming from your heart, they’ll appreciate it and your time together.

Hayley Matthews is editor-in-chief at DatingAdvice.com, a popular site featuring advice from more than 250 dating coaches, matchmakers, and other relationship experts. In addition to expert tips and guides, the site also publishes reviews of the best online dating apps. When Hayley isn’t writing about dating and relationships, she’s listening to The Beatles or watching Harry Potter movies. Love Advice 10 Easy But Impressive Romantic Ideas For Her 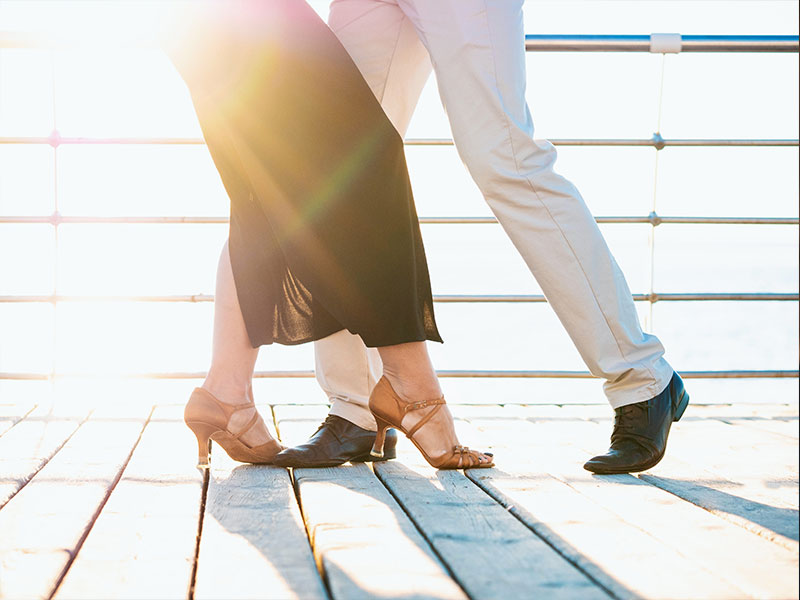