12 Unique Things To Ask A Girl On A Dating App So you’ve decided to use a dating app because you want to meet an amazing girl, but how do you make sure you stand out from all the other guys?

Maybe you’ve already matched with someone you’re super interested in, or maybe you’re nervous to start matching because you just don’t know how to start an interesting conversation out of thin air.

Don’t worry, I think we’ve all been there. You don’t want to go with something boring or generic like, ‘Hey, how are you?’ because that’s not exciting, it doesn’t give her a sense of who you really are and it doesn’t help you learn anything interesting about her.

What you need is a bunch of unique things to ask a girl on a dating app.

Top Things To Ask A Girl And Make An Impression

What’s your favorite song of all time?

This is quite specific because there’re millions of songs out there and you’ve asked her to pick just one, which is more special to her than all the rest.

Maybe you’ll discover a band or musician or music genre you both like in the process, and even end up going to a festival or gig together in the future.

So, how many people message you that just say “hi?”

A funny question to ask if you’re not sure what to say, but you still want to be different. This will probably make her laugh, and show her that you’re not like the rest of them.

Who knows where the conversation will go from here!

What’s your idea of the perfect day?

This is a much better question to ask than ‘what does your typical day look like?’ because it allows her to think of her dream scenario. This question lets her delve into all the wonderful, exciting things she would like to do rather than what she might actually do.

It will also help you figure out if you share similarities in the kind of lives you want to live.

What do you think was a better discovery: Amazon or Avocados?

This is just one of those random, funny questions that don’t make a whole lot of sense but will probably make her LOL. They’re totally different things and can’t really be compared, which makes this a ridiculous yet hilarious question to ask a girl on a dating app.

People LOVE avos and the Amazon, is well, the Amazon.

If you could have any superpower, what would it be and why?

The typical answers to this question are the desire to be invisible, go back in time, or read people’s minds. You’ll discover how her mind works by what she says, and get to see how creative she is.

If you had three wishes from a genie, what would you wish for?

Maybe one of her wishes will be to find an amazing man, and you can swoop right in and be like, “I’m right here.”

What’s the most romantic thing anyone has ever done for you?

You might find out that nobody has ever done anything overly romantic for her – in which case you can do something sweet for her on a date; like bring her flowers or her favorite candy bar.

Or, you may find out she’s not really into romantic gestures, in which case you should still bring her flowers because, well, no woman doesn’t like receiving flowers.

If you were an animal, which one would you be and why?

This will help you figure out if she’s an animal person or not, if she has any pets and her feelings on the topic. You may find that you’re both dog lovers and think cats are evil.

You may learn she loves panda bears, which may mean she’s quite independent and enjoys her own space. She might tell you she wants to be a bird, which could mean she’s seeking freedom or wants to escape something in her life right now.

What are you most likely to stay up all night talking about?

This is a more exciting way of asking someone what their passions and interests are. Everyone is passionate about something, and could talk for hours about it without getting bored.

Just being asked this question will make her light up, because she’ll be talking about something she loves. Maybe you’ll find you have some common interests or something you want to know more about.

This one is a real test of her imagination. She’ll have to stop for a moment and think about it. Her answer will give you a good glimpse of how she sees herself. Maybe this will differ to who she actually is and how others see her, but either way, it’ll be interesting to see what she says.

Who knows where the conversation will go?

What’s the cheesiest message you’ve ever received on a dating app?

Every woman – including myself – has received some awful pickup lines while using dating apps. This just goes with the territory.

This is a great ice breaker, and will also give you a good indication of what she likes and doesn’t like, so you can see if you’re likely to be compatible or not.

If you were ever to write a book, what would it be about?

Another wonderful way to find out about her interests and whether you share any. Plus, who knows, maybe she has actually written a book, and then you’ll have something really special to talk about.

You have one meal left. What would you pick as your last meal on earth?

This is a good way to find out what their favorite kind of food is, and start thinking of great places you could potentially take her on a first date.

Ask her to go to town on this one and pick a starter, main, and dessert. People often say that the way to a man’s heart is through his stomach, but women are exactly the same. The only thing we love more than eating food is talking about it!

When you’re trying to think of things to ask a girl, get creative, get personal, get specific and if you get stuck, use this list for inspiration. 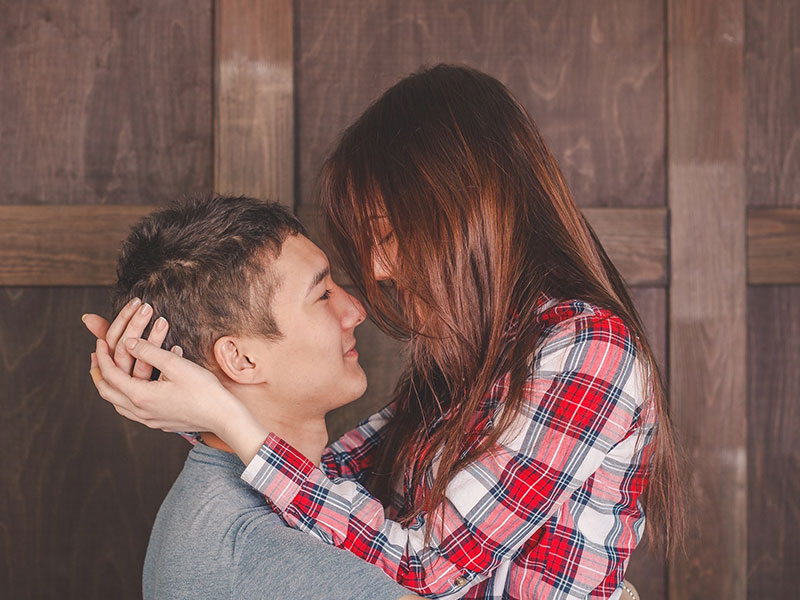