Just Married: Jennifer Aniston is a married woman. The actress said “I do” to her long-time beau, Justin Theroux on Wednesday. The pair exchanged vows in front of more than 70 family members and friends, including Lisa Kudrow, Chelsea Handler and Howard Stern, at their Bel Air mansion. “Guests were told it was a birthday party for Justin,” says a source. “Jen and Justin wanted to surprise guests and guests were certainly surprised.” The actors were engaged in 2012 on Theroux’s birthday, so it just seems fitting that the couple would wed on the same day. Congratulations to the happy couple! 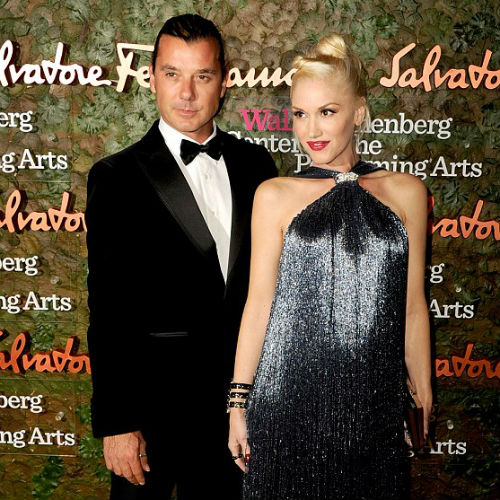 Just Divorced: Married musicians Gwen Stefani and Gavin Rossdale are no longer “Cool”. The couple, who have been married for almost 13 years and have three sons together, filed for divorce earlier this week. Stefani reportedly ended her marriage to her rocker husband because she believes he has been “unfaithful” to her. Other sources suggest that the No Doubt singer didn’t approve of her husband’s rock star lifestyle, and wanted him to be home more with her and the kids, while he accused her of being a hypocrite. “She really gave it her all and tried to make it work as hard as she could for years,” says a source. “She was in love with him and they had the family she always dreamed of.” 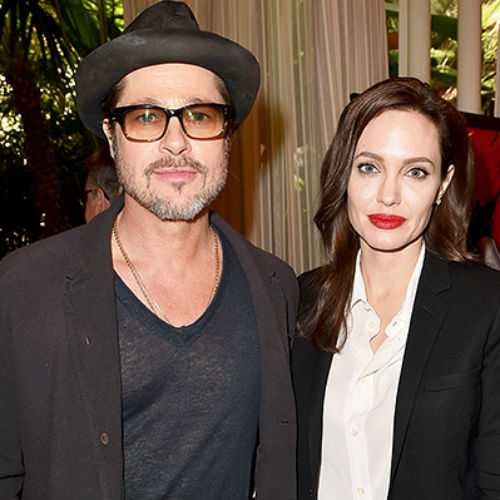 Working Together: Angelina Jolie is opening up about directing, and co-starring with, her husband, Brad Pitt. The film, By the Sea, which is out this fall, is a marital drama. However, art didn’t imitate life on set. The Oscar-winning actors play unhappy spouses on vacation in France — and they filmed during their real-life honeymoon. “I’d be directing myself and him in a scene where we’re having a fight, and I’d be pulling out the parts [of him] that have an aggression toward me or when you’re frustrated with each other — it was very heavy,” admitted the star. “We kept joking that all of the crew felt like they were living in a house where the parents were fighting and you don’t know where to stand or where to look.” 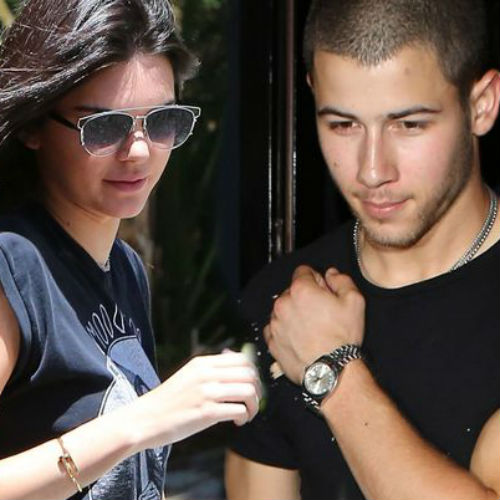 New Romance: Ladies, don’t get “jealous,” but it seems that Nick Jonas has a new love in his life. The singer is reportedly dating model Kendall Jenner after their mutual pal, model Gigi Hadid, reintroduced them. The love match isn’t so surprising — Hadid is currently dating another Jonas brother, Joe. “Gigi wants Kendall around all the time,” says a source. “She thinks it would be fun for all of them to hang out.” So far, the attractive pair are getting to know each other better over text, but “they had a flirty chemistry from the start,” says another source. 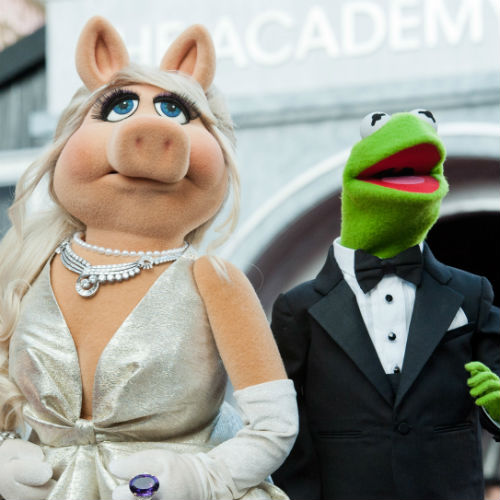 Swine Love: It’s not easy being green, nor is it easy dating a pig, apparently. Kermit the Frog and Miss Piggy announced their breakup this week after 40 years together. According to a new clip from the pair’s upcoming ABC show, Muppets, there has been trouble brewing in paradise for quite some time. Miss Piggy “made my life a bacon-wrapped hell on Earth,” Kermit says. For her part, Miss Piggy is taking the, er, high road. “I have no problem working with my ex, okay? It’s fine. Dating moi is like flying close to the sun,” she told reporters after her emotional split announcement at L.A.’s Television Critics Association press panel. “It was inevitable that Kermit would drop down to the ground while I stayed in the heavens.” We wish these two the best, but really hope they can work it out.

Photos by: The Daily Mail, The Mirror, US Magazine, Free Republic