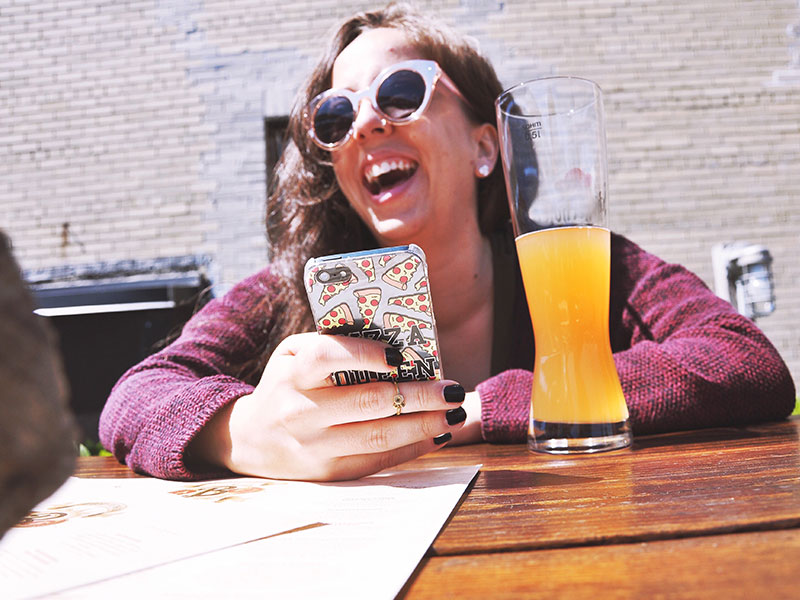 There is a well-documented trend in the bar and club scene across the US—they’re closing. In the past ten years, over 10,000 bars have shut their doors permanently, and those that are still open are reporting a drop in crowds, causing owners to cut back hours and close earlier. In addition, over 6,500 newly opened night clubs have failed within their first year of operation. And of course, as with any surprising trend that seems to occur these days, heads are turning to us pesky Millennials.

As a Millennial I can make a few guesses why this is happening… Maybe it’s the long lines and the insane cover charges. Maybe it’s the overpriced drinks and mind-numbing house music. Maybe it’s the Netflix and Chill culture that has us parking on the couch and cutting to the chase.

Or maybe we’re meeting people elsewhere. And where else would we Millennials meet people? Online of course. A whopping 40 million Americans use online dating sites or apps. That’s 40% of the single population, and 27% of that 40% are young adults.

The simple fact of the matter is that online dating apps are beating bars to the punch. We’re not meeting new people at bars, because we’ve met them online already. We’ve done the subtle flirting and the initial “get to know ya” banter. By the time we step out together, we’re looking for an experience with a little more meat to it. Just like the idea of seeing a movie on the first date and exchanging little but flirtatious glances is considered antiquated, so is heading out to a club where you may get the chance to scream your name in someone’s face, share a wordless drink, dance shoulder to shoulder with a potential match (and hundreds of other sweaty bodies) and then contemplate calling them the next day while nursing your hangover. Life’s just too short.

Times have changed, and if you take into account a Millennial’s frame of mind, it’s really not all that surprising. We’re financially conscious—with college debt at an all time high, and the cost of living in major cities rising, we look for experiences that give us the most bang for our buck. Authenticity, uniqueness, and a certain novelty tend to draw Millennial crowds, especially when we’re trying to impress a first date.

In the age of online dating, the typical bar scene is a middleman at best, and a clumsy shot in the dark at worst. And failing nightclubs and trendy bars fail to adapt in order to appeal to the demographic they depend on to stay afloat. A quick Google search for bars that are killing it on the Millennial scene reveals that almost all have at least one of the following: A unique offering (location, décor, music, entertainment), tried-and-true high quality food and drink, or major street cred—they’ve been around literally forever. (In the Millennial measurement of time, that’s all the way back to the 80s.)

The club scene was the norm for so long, it’s now considered “what everyone does.” If a guy I had been talking to online suggested we go clubbing, I’d assume he hadn’t been listening to a word I’d said all along. If he suggested we go to a trailer park themed dive that serves everything with a healthy dose of nacho cheese, I’d think to myself, “Now here’s a guy that gets me.”

I wouldn’t consider this a death of the bar scene, but more of an evolution, and it’s survival of the fittest, baby. Maybe struggling clubs need to take a cue from A+ Millennial first daters, get a little creative, and give us an invitation we can’t refuse.