How to Tell If a Guy Likes You: 15 Signs He Adores You

Sometimes, let’s admit it, it’s hard to know what’s going on in a guy’s mind. In order to get some answers we talked to dating expert Mat Boggs and asked him to share with us how to tell if a guy likes you—we’re talking about the small things a guy does and signs he gives that he’s really into you. Watch the video to learn the things guys do when they totally adore you.

Hey guys, my name is Matt Boggs. I’m a best-selling author, creator of Cracking the Man Code, and I empower women in their love lives—helping them manifest their man. And in today’s episode, I am going to share with you 15 signs that your man totally adores you. Check it out. Now, we are going to go through these signs rapid-fire. So, buckle yourself in. Pay attention. Here we go…

1. He is active in his pursuit of you.
Is your man texting you? Is he making plans in advance with you? All of those actions suggest that he’s thinking ahead. He’s thinking about you. You are on his mind when you are not around. That’s a great sign that he adores you and is into you.

3. He pours maximum investment into his interactions with you.
In other words, he is not breadcrumbing you—just doing the minimum job required to keep you interested. But, he’s taking you out on surprise dates, he’s putting adventures together where he’s taking you out for a weekend or planning a cool secret hike or picnic with you. Is he pouring his own creative energy and maximum effort into the experiences that you have together to create something amazing?

4. He’s focused on you.
Slightly different than being present. This type of focus is about him remembering what matters to you. He’s asking you questions about your life, he’s curious about what lights you up, what brings you life. Right? What do you love in your life. And he remembers things about you and your family. He’s like, “Hey, didn’t your mom have a big project that was due today? How did that go?” Or, “Hey, your sister’s baby should have been due by now. Did she have the baby? What’s going on?” He remembers those things because you matter to him.

5. He is Mr. Progression, not Mr. Stagnant Man.
In other words, he’s moving the relationship forward and he wants exclusivity with you. Because he knows that if he doesn’t have exclusivity with you, you could be out dating other men and that just burns him. He does not want you seeing other men because he’s totally into you. He adores you. And he wants to make sure that you and him are spending as much time together as possible.

6. He’s vulnerable with you.
A lot of men, we want you to think that we have it all figured out all the time. But the truth is, we don’t. And so, when a man totally adores you, he’s totally into you, and he sees you as a partner, he’s much more willing to open up and share the vulnerable side of what’s really going on in his world.

8. He wants to be with you even when you’re not at your best.
What does this mean? You know every one of us, we have times when we’re on it, we’re positive, we’re feeling great, we’re having a great time, and days when we’re not feeling great. And so when you’re feeling blue, he’ll be your shoulder to cry on. He’ll hear what’s going on for you. Most guys when they’re really into you, they want to help fix it. We want to solve the problem. We want you to feel better. So, if he’s willing to be your shoulder to cry on and willing to be with you not just when everything’s great, but when you’re going through a rough time as well, and be a source of support for you, that’s a great sign of how much he really cares about you.

9. He’s willing to be influenced by you.
This is an interesting one. There is a researcher—doctor, John Gottman out of The University of Washington, and he writes a lot about this in his best-selling marriage books. That when we really love somebody, we allow them to influence us. We allow them… we hold their political views with a certain degree of respect, and we’ll allow ourselves to be swayed. We’ll explore a new place with them, we’ll see a movie they want to see, we’ll load the dishwasher. Because we love them and we’re allowing them to influence who we are. That’s not a sign of weakness. That’s a great sign of love.

10. He mentions you in future plans.
Right? He’ll bring up vacations that he would love to take with you or places he would love to visit with you, and say, “Hey, we should go check out The Eiffel Tower, or we should go to Mexico together, or Costa Rica together. Or, let’s go rafting The Grand Canyon together.” A guy who’s really into you is going to make future plans with you.

12. He makes your comfort a priority.
So when you’re driving in the car together, he wants to know, “Hey, how’s the temperature? Does it feel good to you?” Or when you spend the night at his house, he wants to make sure he’s got a toothbrush for you and your favorite shampoo is ready to go. And he cleans his kitchen, he cleans his bathroom. Because he wants you to feel comfortable when you’re around him.

13. He offers to help even when it’s inconvenient.
You needed a ride to the airport at 5 a.m., he’s the one to do it. Right? You need someone to come over to your house for moving day, he’s there. He’s got your back. I’m not saying he’s always happy about it, because no guy is perfect, but he’s willing to do it because you matter to him.

14. He wants to please you in bed.
When a guy totally adores you, you feeling good really matters to him. And you’ll often want to make sure that he takes care of you before he takes care of or you take care of him. Enough said.

15. There’s no doubt in your mind that he’s into you.
Because he vocalizes it, because he shows it with his actions, because he’s consistent in his behavior. And there’s this feeling of peace and security in you between you and him and the relationship that you share.

So there you have it—15 signs that your man totally adores you. And, to support you in building that love vibration, my free e-book that will teach you how men are wired, and what builds attraction in them. Thanks so much for watching. I’ll see you soon. 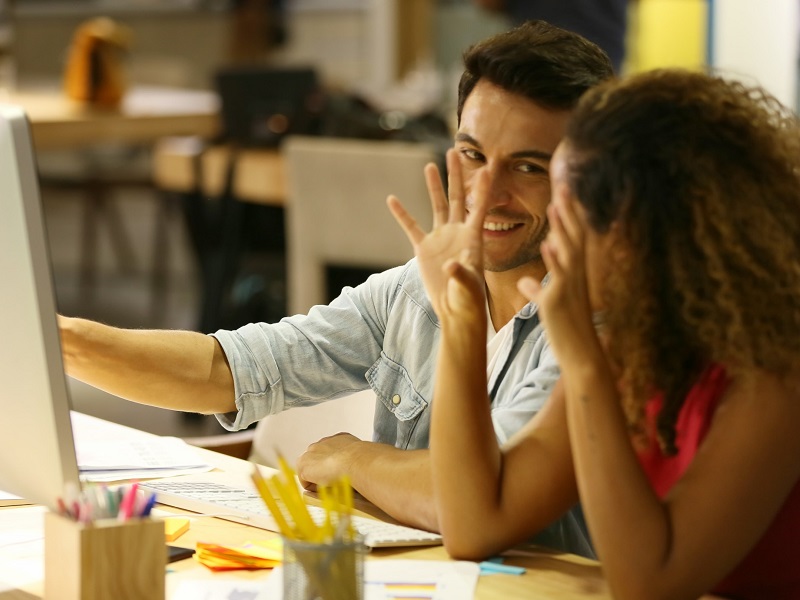 Flirting How To Tell If A Guy Likes You At Work: 6 Things To Look Out For 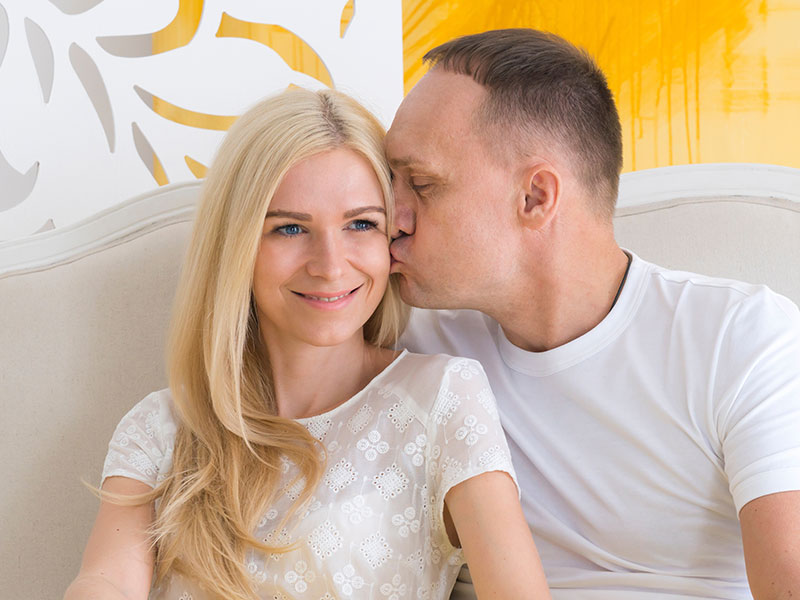 Love Does He Love Me? 8 Signs That Tell You Yes