Home > Dating Advice > How to Meet Single Women Without Being Creepy

How to Meet Single Women Without Being Creepy

Knowing how to meet women isn’t always straightforward. If you aren’t using a dating app, it can feel near impossible to actually walk up and approach someone in public, particularly if you’re a man trying to approach a woman.

It’s no secret that women are often harassed and bothered when they’re simply existing in public, more often by men than anyone else. Women can (rightfully) be closed off or disinterested in talking to men in public due to the sheer number of men who have made them feel uncomfortable, nervous, or scared for their safety.

It’s unfortunate that women aren’t just left alone when they want to be left alone, and if you’re a man who doesn’t have ill intentions it can be hard to know how to approach a women.

Here are a few tips for those looking to meet single women and form genuine connections!

1. Consent is everything
First and foremost, as is always true, consent is your friend here. It is absolutely okay to ask a woman, “Is it okay if I sit here,” when approaching her at a bar. It is absolutely okay to ask a woman for her permission to sit next to her on the bus or subway. If you just want to chat and not sit, or if you hope to buy her a drink, ask her permission. If she says no, respect that and move on. If she says yes, great.

2. Pay attention to body language
If a woman has given her consent for you to sit next to her, or buy her a drink, or chat with her, or whatever else, make sure you’re paying attention to her cues the rest of the night as well. One simple yes doesn’t mean you have full permission for the rest of the night. A lot of times, women will say yes in order to not be rude or in order to spare feelings, even if they’re the feelings of a complete stranger. If she doesn’t seem interested in talking to you or if she seems uncomfortable, do yourselves both a favor and remove yourself from the situation.

3. Look for women who are open to being approached
A woman is not being cold or acting rude if she’s approached and doesn’t want to chat—she’s being honest. And that’s a good thing. But before you even approach a woman, you can look for a few key things. If she doesn’t want to talk, it should be clear to you. Is she with a group of friends having what looks like a private or serious conversation? Leave her alone. Does she have headphones on? Definitely leave her alone. Is she immersed in a book or studying or writing on a laptop? Leave her be.

However, if you’re in two separate groups of lively friends and everyone seems like they’re talking to people in the establishment, you may have a shot. If she makes eye contact with you, especially multiple times, and has smiled or acknowledged your presence in a flirtatious way, you can probably proceed with asking her permission to chat. Use your head.

4. Go to singles events.
If you really want to make sure you’re approaching someone who is potentially interested, hit up some single events! Most people who are attending a singles event want to meet someone. Introduce yourself, but remember the other rules—consent still matters at a singles night.

5. Introduce yourself
Instead of trying to come up with a witty line or an excuse to chat with her, just be honest. “Hi, I’m John. I just wanted to introduce myself because I’ve seen you around [the office, the gym, the building]. What’s your name?” If she’s not interested, fine, but at least you didn’t try to start the conversation with something silly.

6. Look nice.
It may sound shallow, but a woman is probably more likely to talk to someone who looks put together rather than someone who looks like they dug some clothes out of the dirty laundry. This doesn’t mean you have to wear a three piece suit, it just means you should spend a bit of time thinking about your appearance before going out.

Meeting local women when you’re out isn’t necessarily easy, but it’s certainly doable. In fact, it happens every day. Rely on your instincts, be respectful, stick to who you truly are, and make sure you’re always getting consent and listening to the other person. You can do it! 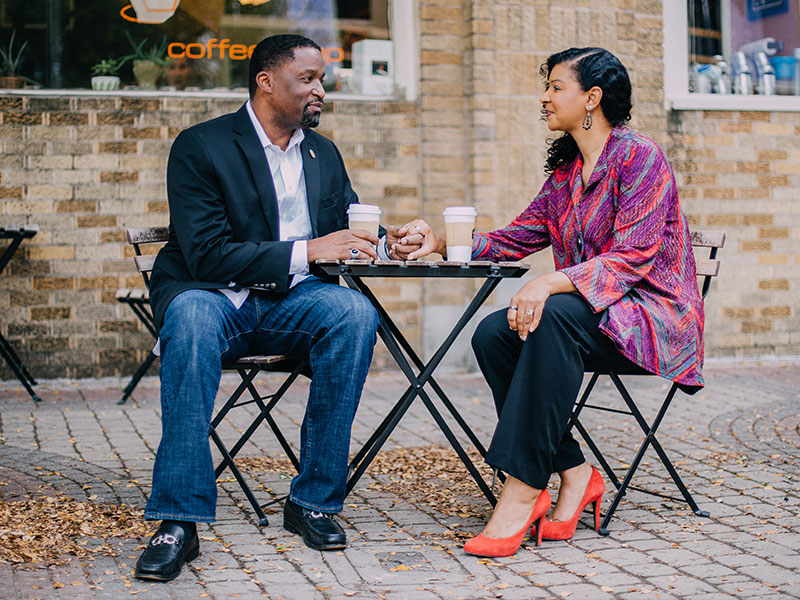 Dating with Kids How Single Parents Meet: Tips for Dating Online and Off