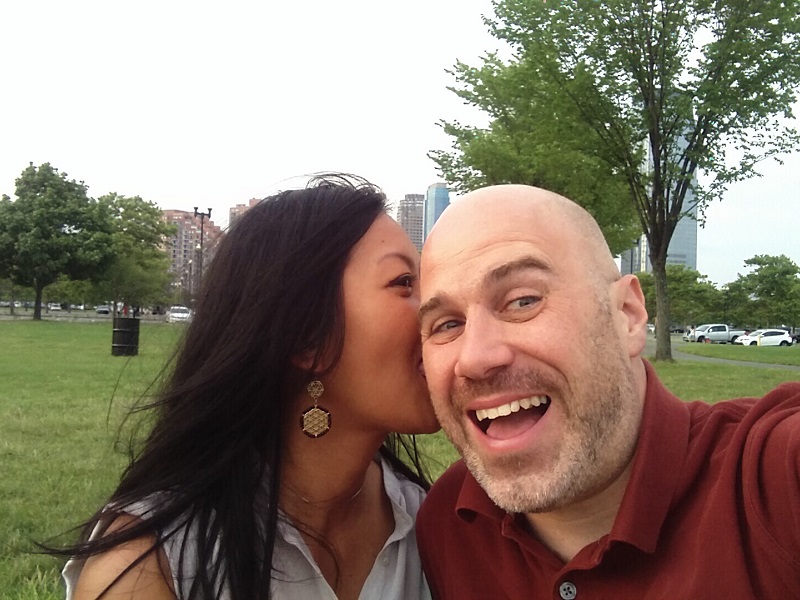 Did you know that the average woman is 5’5”, and most of us prefer men who are 8 inches taller than us?

That means men have to be at least 6’1” to stand a fighting chance.

I used to be the woman who wouldn’t give short guys a chance. Although I’m 5’8”, I was happy if they were just a couple inches taller than me. It didn’t feel like much to ask.

If I passed a petite woman holding hands with a man who looked like he could be in the NBA, I’d be fuming. Find someone your own damn size, and leave the tall men for us tall women!

It wasn’t until years later that I realized how unfair of me that was, and how many amazing guys I had potentially missed out on because of my heightism. After all, if someone said they didn’t want to date me because my nose is too big, I’d be offended. There’s no difference.

So this is me attempting to work out my karma, and give back to all the single short guys I unfairly dismissed.

Here are my top tips to help you embrace your height, instead of clinging on to the belief that it’s holding you back.

Don’t get defensive about your height
So you’re kinda on the short side? Big deal. There are people dealing with setbacks that are far more challenging than yours.

You do you. Don’t worry about what anybody else has got to say about you.

Tighten up your wardrobe
Don’t be walking around in trousers that are far too long, suits that are drowning you, or shirts that are bunching around your wrists. Wearing clothes too large for you will only make you look smaller.

What you’re after is a streamlined look, which will help elongate your body. That means color blocking is out for you. Opt for a shirt or top that matches your trousers, and ditch the belt.

For example, choose a dark shirt instead of a white shirt with dark jeans.

Vertical stripes are your friend.

Focus on your best qualities
So height isn’t one of them, and that’s okay. There’s a lot more to you than that.

When you focus on what’s amazing and unique about you, you’ll make yourself feel more confident which will help you look more confident to the opposite sex, and you’ll end up attracting someone who is interested in you for you.

That’s what everyone wants, right?

Most women are just looking for a man who’s confident anyway. They often mistake height for this as it’s seen as a masculine trait, but there are plenty of other ways you can exude confidence.

Don’t lie about your height online.
If someone asks you your height, don’t lie. This will always come back to bite you. At the most, you can round up to the nearest inch, but no more than that.

Do you honestly think she won’t notice that you said you were six foot, but turn up shrunk?

Besides, when you lie about things, it creates a trust issue, and it makes you seem insecure about something which you have no need to be insecure about. This is who you are, and the right person will be attracted to you.

Let this be a filter for the shallow ones.
Let’s face it, you will inevitably come across some women who dismiss a man shorter than them instantly, and often rudely.

If she won’t even give you the time of day because you’re under six foot, then she’s not really worth knowing, is she?

This will help filter out the women are shallow or cruel—you deserve worlds better than that.

Remember: women fall in lust with looks, and fall in love with personality.
You have to be physically attracted to someone, yes. But looks are not everything, especially not to women.

Men tend to be more hung up on appearances, and see them as deal breakers, but many women value other traits more highly, including confidence, the ability to make her laugh, and integrity.

If you tick those boxes, who cares if you can’t reach the top shelf in the grocery store?

Find a short woman.
There are plenty of them. And if it’s a big deal to you that you’re the taller person in the relationship, then this may be the best option for you.

And if you do feel bad about a woman being taller, think about why you do, in fact, feel that way…and is it all that different than the discrimination you’re facing.

Every woman is different, and every woman is looking for something different. Let them make up their own mind about you—don’t do it for them.