Home > Single Life > The 6 Best Things About Being Newly Single

The 6 Best Things About Being Newly Single 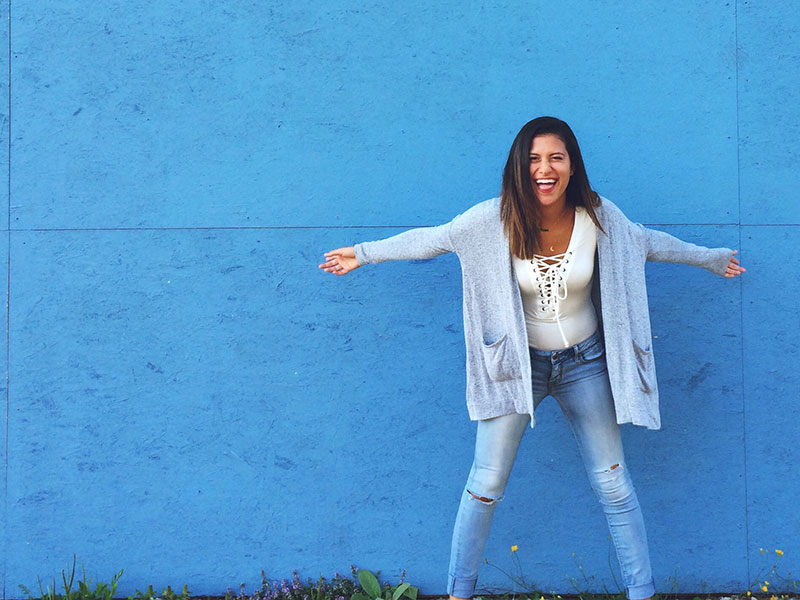 We’ve officially entered the season of engagements. If you’re staring at your newsfeed feeling as if you’re the last single standing, it should help to know that the U.S. is at a record high for singles. Currently, 109 million Americans who are 18 and older are single, divorced, or widowed. That’s 53%—over half of the population. But when you’re coming fresh off a breakup, it’s easy to feel like you’re the only one out there who’s all alone. When you’re starting to feel a bit down about going solo, remember these six reasons why being newly single is so amazing.

1. You can do whatever you want.
Want to eat cereal in bed at midnight? Check. Watch trashy reality TV? Check. Book a backpacking trip through Europe? Check. The world is your oyster and the possibilities are endless. While some freedoms are simple, others come with much greater rewards. You don’t have to ask for someone else’s approval, you’re your own boss. With that being said…

2. You have time to figure out who you are and what you want.
Do you want to backpack through Europe or South America? Would you rather travel on a mission trip? Do you even like cereal? Being single gives your an opportunity to figure ourselves out.

You may think you know yourself, but you’re constantly growing, evolving, and changing. On average, adults change their career at least 5 to 7 times. If your career, and what your passionate about, can change that frequently, just think about what’s happening to the other aspects of yourself. When you’re single you have time to face yourself and think about what you want from life. While originally daunting, it can lead to a beautiful period of self-discovery. It’s a great time to evaluate your career, location, wants, and needs.

3. You learn to be self-sufficient and self-reliant.
If there was ever a picture that needed hanging, my ex-boyfriend was there to do it. Now, I find myself with the nails and hammer, hanging it myself. Once single, you have no choice but to master new skills and take on new responsibilities. The good news is that with each task completed you gain more confidence in yourself and your resourcefulness.

Not only that, but you learn to create your own fulfillment. Many of us have a portrait of love as something that ultimately saves us and brings us happiness, but this is a myth. A 2012 meta-analysis of 18 separate studies showed that married people actually reported not being happier or more satisfied than singles. That’s not to say that they weren’t happy, it’s just that their source of happiness didn’t come solely from the fact that they were married. It’s a good lesson to remember—that happiness comes from you, not from something outside of you like a relationship.

4. You’re free of the drama, jealousy, and arguments.
Rarely do relationships simply end with a mutual understanding that it’s not going to work out. Usually, the end happens after months of fighting, awkward moments, misunderstandings, deception, or just general unhappiness. When you’re single and down, there’s nothing more reassuring than hearing a friend discuss their relationship woes, watching a couple fight, or witnessing a supposedly happy couple out to dinner barely speaking a word to each other. Relationships are hard. Even good ones. You have to compromise, make plans with someone else in mind, and learn to read your partner’s moods. It’s not always cuddling in front of the TV and having a date to the office party, it’s work. Part of the freedom of being single is sitting back and taking a break from it all.

5. You’re on a journey of self-improvement.
It’s nice to think that we’re all perfect and the reason we broke up with someone is entirely the other person’s fault, but the truth is that we all have our shortcomings and relationships help us identify them. When you get some distance from a relationship that’s ended, it’s easier to look back and see what you could have done better. Were you too stubborn? Was something from your past affecting your current relationships? Now’s the time to evaluate how you can be a better partner in your next relationship.

And let’s not forget that being single is great for your workout schedule. When you’re single you have time and motivation to hit the gym, start running, join a rec league, or take on a new sport. Workout classes you’ve always longed to take or even just a regular fitness habit can do wonders. As Elle Woods put it so eloquently in the movie Legally Blonde, “Exercise gives you endorphins, endorphins make you happy.” And it’s true. Science has proven just 20 minutes of exercise can have lasting mood benefits for 12 hours. In addition, exercise reduces the stress hormones cortisol and adrenaline, leaving your free time to be a proven remedy for anxiety and depression.

6. You rediscover the fun in flirting and dating.
When you’re in a relationship, going to a bar or a public place filled with attractive members of the opposite sex can feel a lot like going to a bakery when on a diet—everything looks so good but it’s so off-limits.

While everyone needs a little me-time in the early stages of being single, once you’re feeling ready to get back out there, online dating and even flirting at a bar helps rekindle your confidence and can help you get a your groove back.

After a painful breakup, one of my girlfriends and I went to a bar. I met an attractive lawyer and we exchanged numbers. At the end of the night I was feeling nervous and asked my friend,“What if he doesn’t text me?” Her response was perfect. “Who cares, even if he doesn’t call, you’re re-learning the art of flirting and can see there are plenty of compatible, interesting people out there.”

Not every guy you give your number to will text back. Not every first date will turn into a second, but you’re learning what else is out there and re-gaining confidence. There’s plenty of fish in the sea (over 100 million to be exact) and guess what, you’re one of them.

Enjoy being single. Take this time to re-evaluate your life and yourself. Start a new hobby or exercise regime, enjoy the freedom of being alone. It can be a wonderful way to be.